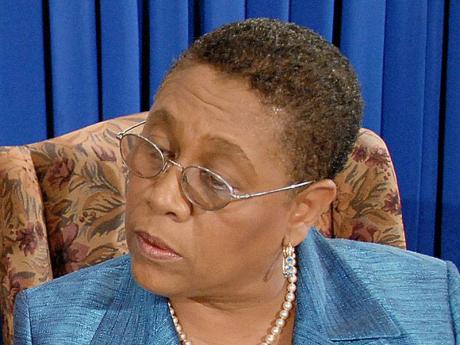 IT IS costing Jamaican taxpayers in excess of $1.1 billion annually to fund the rental of properties by ministries, departments and agencies (MDAs).

However, the sum to rent properties by the State is understated, as four government ministries have failed to submit their rental costs, this year, to the Public Sector Transformation Unit (PSTU).

"If you do a very crude analysis, it is obvious that within another three to five years, you would have the return on investment in terms of the cost savings with regard to the payment of rental," said Patricia Sinclair McCalla, chief executive officer of the PSTU.

The unit, which was tasked with the responsibility of making recommendation to Cabinet on the issue of space rationalisation in the public sector, says it is now doing an analysis to identify government properties that could be refurbished, renovated and considered for accommodating offices that currently occupied rental space.

"The idea is to consolidate government offices at the parish level into government centres where you actually can have a true one-stop shop in conducting the business of Government," the PSTU chief pointed out.

Decision to be taken

Sinclair McCalla told members of Parliament's Public Administration and Appropriations Committee (PAAC) that once the analysis is submitted to Cabinet, a decision would be taken for the PSTU to carry out the necessary work to facilitate that process.

Committee member Raymond Pryce enquired why four ministries did not provide information to the PSTU despite a request in writing by the unit. He called on the PSTU head to identify the permanent secretaries who failed to deliver the data.

Chairman of the committee, Edmund Bartlett, agreed with Pryce's comment, saying it was a request by the committee.

"How is it that we are talking about efficiencies and the appropriate use of the scarce resources that we have and information is withheld from you; it's unbelievable," Bartlett stressed.

He said the ministries that were yet to submit their information would be given until the end of this month to send the data to the PSTU.

Stanberry, who was overseas when The Gleaner contacted him yesterday, said he could not comment on the matter. He directed us to the acting permanent secretary, Don McGlashan, who could not be reached for comment.

McIntosh was said to be overseas while The Gleaner was told that McLean was in a meeting.

In the meantime, Pryce questioned whether the Government had a rental policy which speaks to how properties were rented. McCalla indicated that no such policy existed but explained that in cases where the National Land Agency (NLA) negotiates contracts for property rental, "we have a completely different arrangement, even in terms of the amount paid for rental and maintenance".

The PSTU said it would be recommending to Cabinet that the Government appoint a property manager. According to Sinclair McCalla, the unit would be proposing that the NLA assume that responsibility.