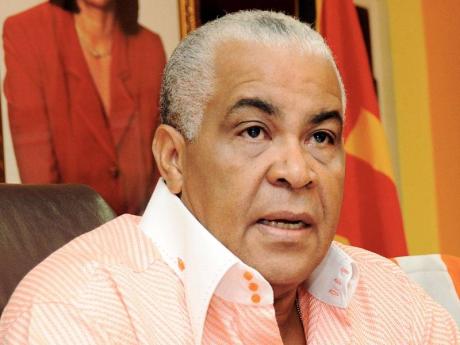 WATER, LAND, Environment and Climate Change Minister Robert Pickersgill has said continuous erosion of sand from the beaches in Negril is threatening the economic life of the tourist town and has blamed human encroachment activities as the main contributor to the problem.

"Over the past 30 years, the tourism product in the Negril region has increasingly been threatened by a number of factors, including beach erosion, pollution and climate change impacts such as more frequent and intense storms," said Pickersgill, while addressing a project planning consultation on coastal management in Negril last week.

"It is estimated that Negril's famous white sand beaches are disappearing at a rate of approximately one metre per year," added Pickersgill.

"We are all aware that human encroachment activities have negatively affected the area resulting in the loss of natural biodiversity, including species such as the royal palm," he told the gathering. "Additionally the wetland soil, known as peat, became more exposed due to the increased development activities, such as farming, hotel expansion and housing."

However, local environment activist Mary Viera, while in agreement with Pickersgill's sentiments, believes successive governments' failure to enforce or strengthen existing regulations is the main cause.

"They overdeveloped Negril, the marine laws are not being enforced, they give permission for these developments to take place," Viera told The Gleaner. "A good beach is based on a healthy ecosystem and what we have here is a dysfunctional one.

"Negril is a beautiful place and we need to keep it that way, we need to put back ecosystem in its healthy state and have the beach come back," added Viera.