Anti-drug trafficking efforts to be increased 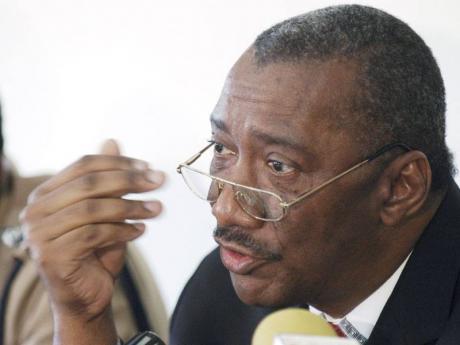 A senior official of the Caribbean Community (CARICOM) Implementation Agency for Crime and Security (IMPACS) has described as "disturbing" the illicit trafficking of small arms and the growth of gangs in the region.

"Our borders are targets for drug traffickers, people trafficking and, most disturbing, illicit trafficking in small arms and ammunition. Our homicide rates are notorious and often defy logic, except when placed alongside the high number of illegal guns present in member states," said IMPACS interim executive director Francis Forbes.

Forbes, speaking at the launch of the US Assistance to Combat Arms Trafficking in the Caribbean, said it was "disappointing" that the region continued to be among the top three, globally, for high incidence of homicides.

"Even more disturbing, however, are recent trends indicating significant growth in gang formation," he said, adding that illicit trafficking remained a threat to the region and regional border security was a "much sought after but very elusive target".

Forbes said the issue must be approached collectively to achieve the desired result, noting that recently "unusual high-calibre weapons" had been turning up in Guyana.

He said that regional investment in IMPACS had been paying "great dividends" and a regional crime strategy had been developed for the first time.

Deputy assistant secretary of state for western hemisphere affairs in the US Department of State, Liliana Ayalde, said Washington had provided one million dollars to the United Nations Regional Centre for Peace, Disarmament and Development in Latin America and the Caribbean (UNLIREC).

She said it would assist 14 Caribbean states in the development of national action plans on "stockpile management and firearms destruction", provide specialised training for law enforcement officials, recommendations on legal reforms, and updates to national firearms acts.

She said that the partnership with UNLIREC and nine Caribbean countries had enhanced security in 99 stockpile facilities, destroyed 6,526 firearms and more than 6.75 tonnes of ammunition, and trained a number of Caribbean officials in international standards for weapons and ammunition destruction.