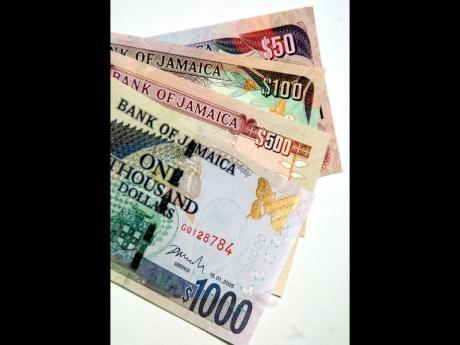 As the value of the Jamaican dollar continues to decline, members of the private sector have voiced concern about the possible implications for the country.

On Wednesday, the local currency sunk to its lowest value with more than J$92 required to purchase one US dollar.

The Jamaica Chamber of Commerce (JCC) is predicting a further slide in the dollar as the country awaits word on a new deal with the Government and the International Monetary Fund (IMF).

According to JCC President Francis Kennedy, this has left business owners in uncertainty and merchants are trying to stave off financial losses by paying their suppliers earlier than usual.

He said stemming from this Jamaicans should brace for higher prices.

"Higher prices are coming because of the dollar slide. Until such time as we get an IMF agreement settled down, the whole foreign-exchange system ... the dollar will continue to slide ... we have a free market and there is speculation, whether we like it or not," he said.

Meanwhile, the Opposition Jamaica Labour Party's (JLP) spokesman on finance, Audley Shaw, has also expressed alarm at the continuing slide in the value of the Jamaican dollar.

Shaw said this has wide-ranging implications for consumers, as well as the economy. Pointing to Jamaica's debt, he said the amount owed by the country to its creditors is set to further balloon.

"It (debt) will also be increasing because half of the stock of debt is denominated in US dollars ... so every time there is a devaluation the nominal stock of total debt increases ... not necessarily because more money has been borrowed, but because the exchange rate is slipping," Shaw said.