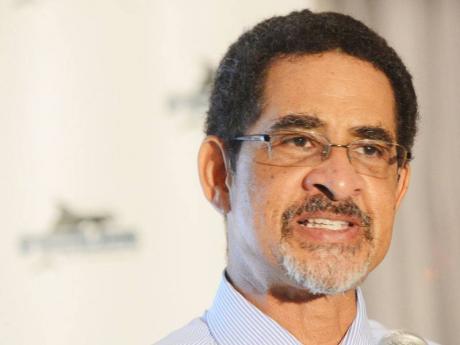 IF YOU are thinking about buying a car or making other big purchases, a leading financial analyst is advising that now is the best time to shop.

Charles Ross, managing director of Sterling Asset Management, told The Gleaner yesterday that the continued slide in the value of the Jamaican dollar will push the cost of consumer items skywards resulting in higher prices to consumers.

"If consumers are looking for big-ticket items such as car, big TV or refrigerator, then now is the time to buy because these things have a large foreign-exchange component, so the prices might go up if the dollar continues to move," Ross told The Gleaner.

At the close of trading yesterday, the Jamaica dollar was selling at a record high $92.17 to US$1. Year to date, the Jamaican dollar has lost $5.45 against the US dollar, representing a depreciation of 6.29 per cent.

"It is a supply and demand situation. The expectation for the time being is that the Jamaican dollar will continue to depreciate against the US dollar. Where it will end up, nobody knows," Ross said.

Amid the sluggish economy, the Jamaica Chamber of Commerce (JCC) said retailers are seeing very slow sales and the sliding exchange rate is not making it any easier to do business.

"With the sliding dollar, two things are happening — one, the consumers are not buying at their usual level; and secondly, the merchants are putting on sale, reducing their prices to try sell what they have so they can pay their creditors," Francis Kennedy, president of the JCC, said.

Kennedy explained that most of the larger merchants get 90 days' credit from their overseas suppliers, therefore payment for goods ordered in September and October, which are to stock businesses for the Christmas season, will become due in either January or February.

However, businesses have not been able to sell their targeted quota several months now and have since then started to offer sale prices, hoping to attract consumers so that they can earn and pay their creditors.

"With the sliding dollar, people are not accepting increased prices and people are just not buying, so the merchants are putting stuff on sale and taking smaller margins."

"It is tough on us because consumers are not buying," he said.

"The merchants did not see their monthly take-off in previous months so that is why they are putting on sale now because they have the stock and they will need to pay for the goods that they got and the consumers are not taking higher prices," Francis added.

But Dorothy Campbell, education, information and communications specialist at Consumer Affairs Commission, is cautioning consumers not to engage in unnecessary spending.

"Consumers should be prudent about their shopping regardless of the economic climate and the time of year they engage in any transaction in the marketplace, whether online, on the sidewalks downtown or in the stores uptown or in the craft markets in and around rural Jamaica or at the farm gate," Campbell told The Gleaner yesterday.

In the meantime, Brian Pengelley, president of the Jamaica Manufacturers' Association, said even though the sliding foreign-exchange rate has caused the prices of their raw materials to go up, consumers will not see higher prices at this time as they are catching the fall-off by introducing more efficient technology and procedures in their operation.

Pengelley, however, said while there has been a fall-off in demand for products, he is anticipating an upswing with "the traditional Christmas demand".