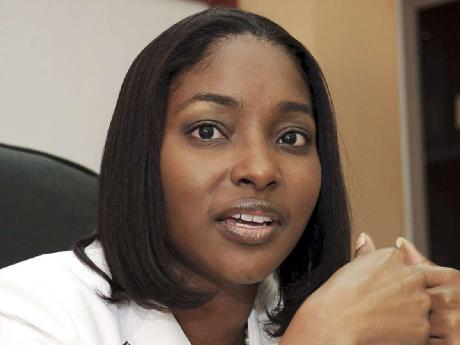 STUNG BY criticisms in an auditor general's report that was tabled in Parliament earlier this week, the Electoral Commission of Jamaica (ECJ) yesterday methodically sought to scotch several damning claims made by the Pamela Monroe Ellis-led team.

Chairman of the ECJ, Professor Errol Miller, bluntly described aspects of the report as gravely misleading.

Miller, who was addressing journalists in his capacity as chairman of the ECJ for the last time yesterday, after 12 years in office, charged that many of the findings of the Information Systems Review that was carried out by the Auditor General's Department (AGD) were severely flawed.

He suggested that this was due to abject inflexibility on the part of the team members of the AGD.

Miller further suggested that the report reflected the AGD's lack of knowledge of the inner workings of the ECJ.

He also complained that the team of young auditors were unwilling to listen to explanations that veered from their perceived notions on the operation of the ECJ, a body which has earned the respect of many countries around the world for the administration of Jamaica's electoral affairs.

"The Auditor General's Department has again missed the mark," asserted Miller during a press conference at the ECJ's Kingston office yesterday.

He noted that the commission is regarded as a symbol of profession-alism over the years prior to his tenure and has grown in stature since.

Miller also roundly rejected suggestions that the ECJ had unilaterally initiated overpayment to the director of elections and his deputy.

He stressed that given the timeline, the impression was erroneously conveyed by the report that the members of the ECJ were irresponsible and took The Gleaner's choice of words in its headlines to task.

Miller said it was unfortunate that the term 'rogue', which denotes dishonesty and rascality, could be unfairly attributed to the commissioners.

The motive of Monroe Ellis and her team was raised in relation to salaries levels of the director of elections by the team from the AGD, which suggested that protocol was thrown to the wind.

Miller noted that this has been the practice for many years that the auditor general had perused the books and his team had nothing to do with the salary levels of the director of elections or his deputies.

"What is not
stated in the report is that the case of the post of the director of
elections early in the life of the EAC (which preceded the (ECJ),
approval was given for all posts in the EAC to be benchmarked against
posts in the public service," Miller argued.

Within
this context, Miller said salaries of EAC staff would not require
approval from the minister. Furthermore, he said, EAC staff could not
engage in salary negotiations.

"This was an extension
of the principles applied to selected members of EAC and the post of
director benchmarked against the post of director of commission of
services," said Miller.