Bribery down, extortion up among police officers 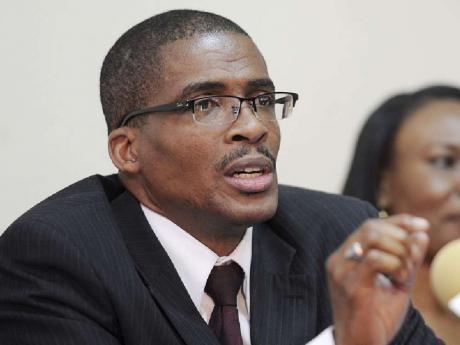 THE JAMAICA Constabulary Force's (JCF) Anti-Corruption Branch (ACB) says it has made strides in reducing the incidence of corruption among its members, but noted that civilians' involvement in the practice has not waned.

Speaking at a press conference yesterday at the Police Officers' Club in St Andrew, two days before the celebration of World Anti-Corruption Day, Assistant Commissioner of Police (ACP) Selvin Hay, head of the ACB, revealed that there was a shift from bribery to extortion among members of the JCF.

"We are seeing some changes in terms of how the membership is reacting to the efforts of the anti-corruption strategy. We are seeing less incidents of bribery on the streets and we are seeing a shift from that into extortion. We are seeing an increasing number of (JCF) members being arrested for extortion," he said.

Alluding to the number of civilians involved in corruption, Hay said: "While we are trying to deal with our corrupt members, some members of the society are not helping. So I am calling on the society to assist us in cleaning up the JCF."

There is a 16 per cent decrease in the number of cops arrested up to November this year for corruption, compared with a 14 per cent increase from 2010 to 2011.

Six police officers have also resigned due to investigations of corruption. Nine were dismissed, 15 retired in the public interest and 26 not permitted to re-enlist.

There is a 104 per cent increase in the number of civilians arrested between January and November this year, compared with a 53 per cent decrease from 2010 to 2011.

Forty-four civilians have been charged between January and November this year, 19 last year, and 35 charged in 2010.

ACP Hay said there is no giving up as the ACB aim to rid the country of corruption.

"We are still seeing signs that the corruption is here, and so we still have a lot of hard work to do. Our members are showing the signs that I want to see be shown in some quarters, but there is still a core number of our members who still believe they can outsmart the good guys," he said.

World Anti-corruption Day will be celebrated on Sunday under the theme 'Act Against Corruption Today'.