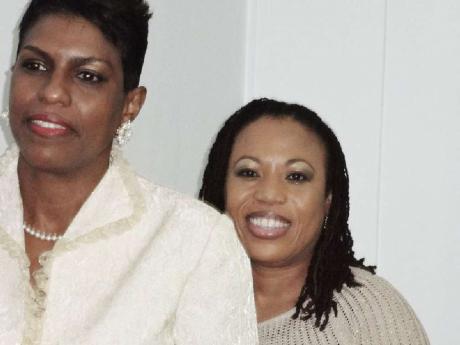 Audrey McIntosh (left), manager of the Matilda's Corner branch of the National Commercial Bank, and Noami Francis, media practitioner, wait in line to be sworn in. 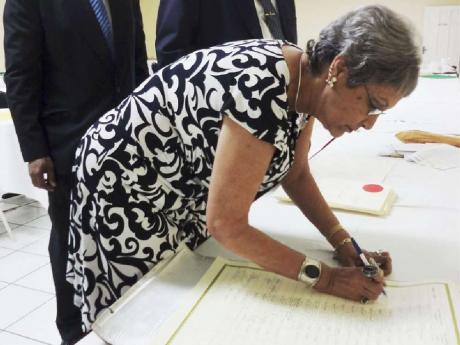 Sonja Sutherland makes it official by signing the St Andrew Justices of the Peace roll. 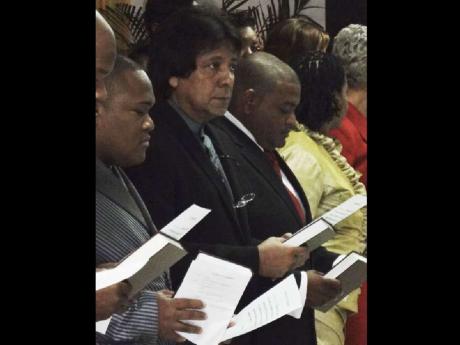 Guardsman Group head Kenneth Benjamin (second left), takes the oath of office with his fellow justices of the peace. 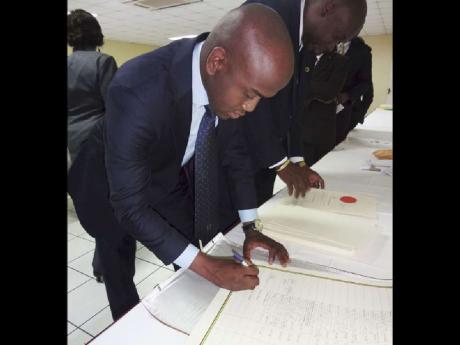 Councillor Duane Smith, son of Member of Parliament Derrick Smith, signs the roll for St Andrew justices of the peace. 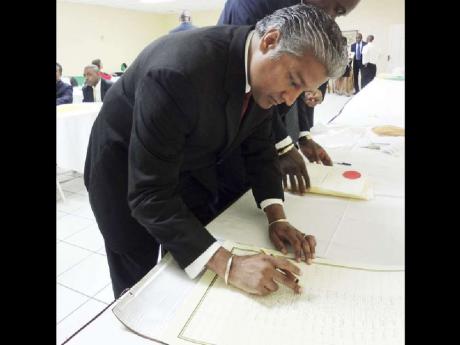 Nari Williams-Singh, director of flight safety for the Jamaica Civil Aviation Authority, checks the roll carefully before affixing his signature, making him one of the 100 new justices of the peace for the parish of St Andrew. 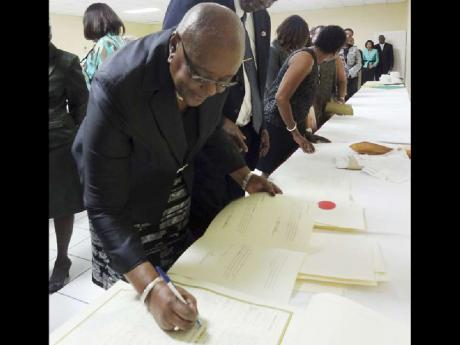 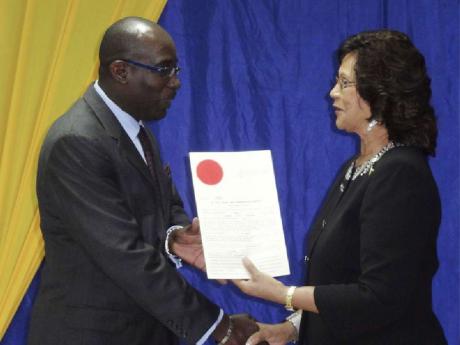 Ruel Reid, principal of Jamaica College, is now a justice of the peace. He is presented with his certificate by St Andrew Custos Marigold Harding at the swearing-in ceremony for new justices of the peace held at Medallion Hall Hotel last Saturday night. 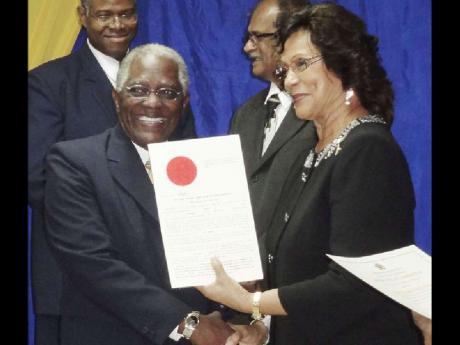 Several well-known St Andrew personalities were among the 100 persons added to the list of justices of the peace last Saturday night at Medallion Hall Hotel.

Custos of the parish, Marigold Harding, told The Gleaner that the Kingston 11 and 13 areas are still short of suitable justices of the peace, but efforts are ongoing to fill the gaps. She said that the numbers being sworn in since last year have been decreasing, an indication that they are achieving their goals to have adequate numbers to serve the parish.

"In spite of that, every month, there are losses due to deaths or some persons just can't be found, so we have to keep on checking every area to see where there are demands for JPs," Harding said. "So we hope there will be fewer JPs to swear in each time."