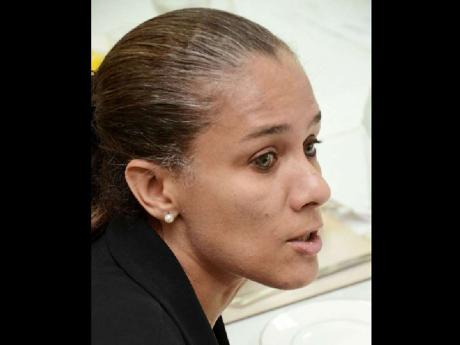 Senior lecturer in the Department of Economics at the University of West Indies, Mona, Dr Damien King, has suggested that sectors currently earning income in foreign exchange are likely to post net gains as the Jamaican dollar continues to lose value.

However, the Jamaica Hotel and Tourist Association (JHTA), which promotes the development of Jamaica's hospitality industry and represents the interests of its members, said there would not be any long-term benefits to the sector arising from the depreciation.

According to the Bank of Jamaica, remittances, tourism, exports and foreign direct investment account for the lion's share of foreign exchange earned locally.

On Sunday, Tourism and Entertainment Minister, Dr Wykeham McNeill, said that Jamaica has, to date, recorded US$1.7 billion in earnings from tourism for 2012.

The United States dollar was being sold at an average of J$92.39 yesterday, with recent reports suggesting that some traders were selling it for up to J$95. A year ago the average rate was J$86.70.

Fx slide not all bad

King tweeted on the weekend that "The exchange rate slide is not bad for the whole country. The higher cost to users of FX (foreign exchange) is identical to the gain for FX earners. Even with flexible wages, life becomes harder for net users of FX, but easier for net earners."

JHTA president Evelyn Smith told Wednesday Business that the tourism industry's gains on foreign exchange as a result of devaluation were at best negligible. "Such gains are significantly eroded by the increased costs from the inflationary spiral often triggered by devaluation," she said. "The cost of electricity, fuel, food and beverage, security, wages and salaries, and generally all goods and services consumed by our sector all increase as a result," she added.

SuperClubs' vice-president of marketing and environmental affairs, Zein Issa-Nakash, noted that "The devaluation benefits the hotel sector because their revenues are all in foreign currency, while much of their expenses are in Jamaican dollars. But after a while inflation usually accelerates and gradually erodes the benefit."

Audrey Deer-Williams, director of the National Investment Fund, which earns foreign exchange from resort holdings and other real estate, said the Fund would gain based on changes in the value of the Jamaican dollar vis-à-vis the United States currency.

"We are landlords with our rent denominated in US dollars so, in fact, the devaluation would represent a forex gain for us," she said. She noted, however, that operators might have a different story about the impact of changes in the value of the dollar.

Financial analyst Dennis Chung suggested that the slide of the dollar was driven by uncertainty surrounding an agreement with the International Monetary Fund (IMF), as well as a decrease in the Net International Reserves (NIR) "without a definitive timeline for the IMF agreement".

Bank of Jamaica data show the NIR at US$1.07 billion at the end of November.

"Exporters will get more money - but their input costs (mostly imports) will increase," Chung said. "The other thing is that because of our high import content, inflation will increase and reduce the disposable income of Jamaicans, and hence reduce aggregate demand," he added.

Chung said that "not many persons benefit from the sliding dollar in Jamaica," noting that net gains are likely to be seen primarily in the real estate segment.

"If you hold real assets such as real estate, then you will also see some future benefits," Chung explained. "In fact, with interest rates where they are, it is the best time to purchase real estate through a Jamaican dollar mortgage. Because of the low disposable incomes, if you even buy real estate as an investment you can get good rentals because people can't afford to buy," he added.

King told Wednesday Business that the "The tourism industry is a net foreign exchange earner. That is a simple fact of arithmetic no matter what they say. They earn more than they use. Anyone who earns more than they use will benefit."

He said in any direction the issue is turned, some sectors will retain real earnings.

"My statement is true in a much more obvious way," said the UWI lecturer. "Every purchase of foreign exchange is also a sale. Somebody is selling it. So if you have to pay me $150 for a US dollar, what you lose is exactly what I gain. You pay more, I get more. If the cost of haircuts suddenly rise to $1,500 a head, that is terrible for everyone else but it is great for barbers."

King said "The whole country is not worse off because barbers are part of the country. The identical thing is true for any other transaction, including US dollars."