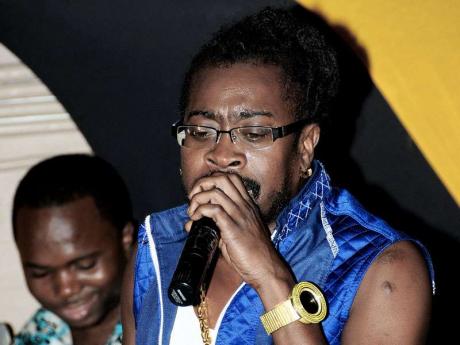 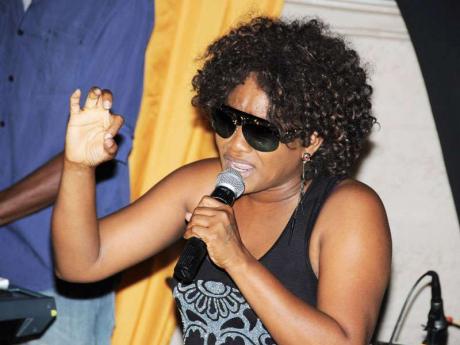 The controversial Jamaica Forum for Lesbians, All-Sexuals and Gays (J-FLAG) is offering to help dancehall and reggae artistes respond to efforts by gay-rights groups overseas to boycott their performances and music.

Some Jamaican artistes who have divorced themselves from 'murder music' have, in recent time, come under renewed attacks from gay-rights activists. The sanctions have resulted in recent mass protests and cancellations.

But J-FLAG Executive Director Dane Lewis said the organisation is concerned about the recent spate of protests and the stance taken by many of the groups who mobilise these actions.

Although J-FLAG was, in the past, involved with anti-murder-music campaigns, Lewis said the landscape has changed significantly.

"The truth is we aren't even involved in these anti-murder-music campaigns today and, in most cases, we are alerted of these protests through our local media. Every now and again, some protesters might email asking for clarifications on songs and the general situation regarding LGBT Jamaicans. But, to our knowledge, far less hate music is being produced, and even sponsors have been responsive in the effort to make this type of music a thing of the past," Lewis said.

Lewis said many protesters are concerned about songs containing lyrics that either directly or indirectly call for violence against gays and lesbians, which have been recorded and performed by Jamaican artistes.

He contends that J-FLAG's official stance is that the continued demonising of some of these artistes is unfair.

He also said that although groups are aware that many of the contentious songs were recorded in the past, with some artistes no longer performing them, cancellations are still a possibility.

Beenie Man suffered a cancellation as recently as last month for the same reason.

According to Lewis, J-FLAG has made representations on its own initiative to groups overseas after learning about plans to stage, what he called in his interview with The Sunday Gleaner, "anti-dancehall protests".

He said those representations have gone well, but that the groups usually respond with "unreasonable initial requests".

Lewis went on to say that at least two dancehall megastars have benefitted from J-FLAG's discussions with these groups.

At least one group has suggested to the local lobby organisation that artistes such as Beenie Man "gather up all the money that he has made from these kill-the-gays songs and then publicly donate it to Jamaican LGBT groups like J-FLAG, and pledge to never perform or circulate recordings of the offending songs, then that might makes things right".

Efforts by The Sunday Gleaner to contact Beenie Man for a comment were unsuccessful. However, Lewis quipped that "requests like that are the stuff of fairytales".

"We don't support 'kill-the-gays' music, and our stance on this issue is not to be seen as a compromise on our abject rejection of homophobia, hate music, hate speech and other forms of discrimination against LGBT Jamaicans. But the idea that artistes provide all earnings over the years from 'murder music' is an unreasonable expectation, and it's unlikely that our artistes would be able to do this, so we have to find some other way to end the constant conflict," Lewis explained.

He said that in the end, the group responded favourably and changed their stance on the issue, but believes that the representations would be more effective if they were being presented officially on behalf of the artistes being affected.

Copeland Forbes, one of the foremost members of Jamaica's entertainment fraternity, does not believe artistes will be willing to work with J-FLAG as they have contributed to the problems they are currently facing.

"I do not see where J-FLAG can help
these artistes. The artistes have to help themselves. J-FLAG was the
same one who was sending translations of our songs to these people
overseas. I would, personally, not want to align myself with them when
they represent the same group. J-FLAG contributed to what is happening
now, so I, personally, would not want them lobbying on my behalf. I
believe that if anyone should represent these artistes, it should come
through the culture ministry or a government
agency."

Dancehall artiste Bounty Killer says that
while there needs to be increased conversation with the groups overseas,
he doesn't believe that J-FLAG should be lobbying on behalf of
dancehall.

"I am not open for them to lobby on my
behalf. Both J-FLAG and their international counterparts need to have a
discussion for an understanding of what's happening in dancehall. How
would it look for them to solely lobby on dancehall's behalf? If any
group should lobby for dancehall, it should be a group that is directly
affiliated with our music. I am open for a discussion as it relates to
lobbying with their counterparts to understand us, but I am not in
agreement with them lobbying on my behalf," he
said.

While artiste Tanya Stephens believes that this
initiative by J-FLAG is a good move, she told The Sunday
Gleaner that it would be met with
resistance.

"I can speak from experience. I tried to
speak with several artistes about this new initiative of J-FLAG and it
was met with resistance. While I personally have not been affected by
these lobbyists, I have been on shows with other artistes who were not
allowed to perform, but that doesn't mean that it's still not my fight.
From a humanitarian perspective, the fight is to get us all on the same
page," she said.

Lewis said his organisation has
decided to put this issue on its agenda because "while we have had
significant issues in the past with the lyrical content of much of the
music, dancehall and reggae are an inalienable part of being
Jamaican".

He mentioned
that J-FLAG was concerned about the "livelihood of artistes and the many
people, and I am sure this includes LGBT people, that depend on these
artistes for their daily survival".

When asked if this
was a divisive issue in the gay community, the J-FLAG boss said, "I
wouldn't want to look at the issue through such a myopic
lens."

He continued, saying that J-FLAG is not
interested in easing any pressure off artistes who continue to be
antagonistic to the gay community, but believes all Jamaicans should be
concerned at what seems to be some sort of punishment for artistes who
have actively committed to the cessation of murder
music.

However, the artistes that want help must ask
for it.

"J-FLAG has no hero complex, and we are not
saying that we will be taking up this mantle on behalf of Jamaican
music. What we are saying is that, for those artistes who continue to
face the kind of punitive measures used by our international
counterparts and are interested in coordinating responses to their
concerns, we are willing to help. No strings attached," he
said.

Stephens agrees, adding that the only solution
to the problem is through dialogue.

"Dialogue is what
we need and I, personally, have to commend J-FLAG for pioneering steps
to a peaceful solution and I am extremely happy that they are going in
this direction."

Lewis said he hopes these efforts
"will, not only result in international lobby groups easing pressure on
those artistes who no longer produce the kind of hateful music that
started the anti-murder music campaign, but also encourage those
artistes who still produce this kind of music to stop, knowing that our
organisation will go to bat for them in the international
arena."

"Our music is an important part of our being
and it is all our duty - government and citizens - to promote our
culture to the fullest. We cannot allow our music to be typecast by a
few artistes and their personal beliefs. Reggae and dancehall music is
much more than hate and we are willing to work with artistes who are so
desirous of portraying this image," said
Lewis.