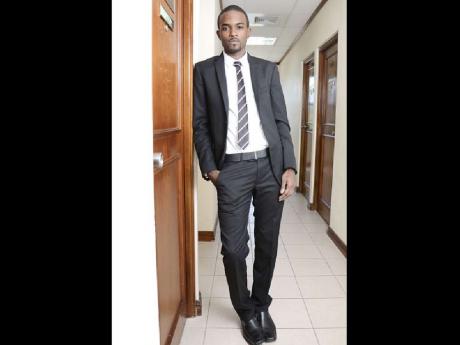 Today, we continue a new series, The Briefing, with Dr André Haughton. It explains and discusses various issues, including challenges facing the economy.

Can the NIR steal Christmas?

The exchange rate is now at an all-time high of US$93 to J$1. The NIR (Net International Reserves) declined by 9.94 per cent or US$125 million in October and declined again by a further 4.82 per cent or US$55 million in November this year. The economy has been on a macroeconomic roller coaster since the global financial crisis. For the last four years, the NIR declined significantly every January. In January 2009, it fell by 0.45 per cent; in January 2010, it fell by 9.45 per cent. It then fell by 3.80 per cent and 4.25 per cent in January 2011 and 2012, respectively. This negative trend might continue to January 2013, considering the fact that the NIR has fallen consistently every single month this year, the first time ever in Jamaica's history.

What is the NIR? What is its purpose?

The NIR is the stock of foreign currency, namely the US dollars, that the Bank of Jamaica (BOJ) has readily available in its control to use on the country's behalf. The BOJ uses this NIR for the following main reasons: (1) purchase imports for example, oil or ship purchases; (2) to make foreign debt payments and increase confidence in Jamaica's ability to make debt service payments; the higher the stock of reserves the more confidence the international lenders have in the county's ability to repay debt; (3) to intervene in the foreign exchange market and help to prevent exchange rate fluctuations (volatility). If the demand for foreign currency is greater than the supply in the market, for example, the BOJ can intervene by using the reserves to buy Jamaican currency from the market, thereby increasing the supply of US dollars so that the price of the US dollar (the exchange rate) does not increase. A weak NIR is indicating that Jamaica may become unable to service its debts or control foreign exchange movements; it's a signal to the world that we are losing monetary stability. This has adverse effects on the exchange rate. Likewise, the exchange rate can have a negative effect on the NIR in a cyclical process.

How does the process work?

How does Jamaica earn foreign currency?

Jamaica receives most of its foreign currency from three main sources: tourism, bauxite/alumina and remittances. Last year, earnings from remittances were valued at about 15 per cent of GDP (Gross Domestic Product) while earnings from bauxite/alumina and tourism valued about 10 per cent of GDP each. Traditionally, Jamaica's major agricultural products exported are: sugar cane, banana, coffee, citrus, yam, ackee, vegetables; poultry, goat, milk, and shellfish.

However, agriculture is not one of Jamaica's main foreign-exchange earners. Given the limited amount of land space available, Jamaica has not been able to reap the benefits of large-scale production and, therefore, cannot compete effectively in the international agricultural market with countries from Latin and Central America. These countries, for example, Brazil and Guatemala, have huge tracks of land available at their disposal for agricultural purposes. As a result, they are able to mass produce and benefit from economies of scale.

Where is Jamaica's focus?

What can Jamaica do?

It appears Jamaica needs to redirect its efforts from the production and export of primary products for example, agricultural produce and redirect its focus on increasing the production of valued-added good in the form of industry. This way, the country can gradually become more sustainable moving forward in 2013 and beyond. Additionally, Jamaica exports mainly to the traditional countries; the US, Canada, Netherlands, Norway and the UK. Given globalisation and the advent of the Internet, the world markets are coming closer together. Jamaica needs to take full advantage of this and source other markets in other countries.