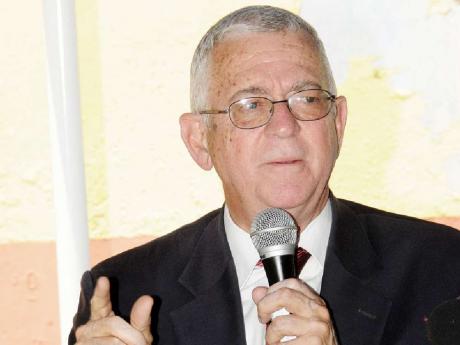 THE CASH-strapped Students' Loan Bureau (SLB) has negotiated a US$20-million loan (J$1.9b) with the Caribbean Development Bank (CDB) to fund tertiary-level studies for some 5,000 students who faced deregistration in October.

Education Minister Ronald Thwaites confirmed that the Ministry of Finance signed the agreement with the CDB to provide the funding.

However, he was unable to provide details about the terms of the loan agreement.

While welcoming the loan which will assist students to complete their tertiary-level studies, Thwaites argued that the financing came at great sacrifice.

"It involves taking on additional debt, which is hard for the Government and the country to do at this time. It's an act of faith in those who have matriculated and are genuinely in need and we have to enjoin them to study hard, to be very focused in what it is they are studying so that they can meet work force needs and to be faithfully repaying their obligations," said Thwaites in a Gleaner interview.

A release on the CDB website stated that at least 5,000 eligible students from poor and vulnerable households in Jamaica, enrolled at approved tertiary institutions in Jamaica or at the University of the West Indies, will be able to access financing provided by the CDB.

"CDB is to provide a loan equivalent to US$20 million to the Students' Loan Bureau of Jamaica to assist the bureau in offering loans to eligible students for upgrading tertiary level skills in professional, technical and vocational programmes," the release read.

According to the CDB, the loan will ultimately contribute to sustainable socio-economic development and poverty reduction by improving Jamaica's human resource capacity.

The bank will also provide a grant equivalent to US$175,000 to assist in financing consultancy services for institutional strengthening of the bureau to address its current operational challenges, and to provide guidance on enhancing its long-term sustainability.

Guaranteed by the Government

The CDB loan is guaranteed by the Government of Jamaica.

In October, the education ministry met with four of the country's leading universities in a bid to prevent the deregistration of about 5,000 students.

In October, executive director of the SLB, Monica Brown, told a parliamentary oversight committee that the bureau was struggling to fill a financial gap in order to make payments to tertiary institutions.

At the time, the SLB had sourced $1.7 billion of the $4.2 billion needed to finance tuition costs for students over the 2012-2013 academic year.

Meanwhile, Thwaites said that the committee chaired by Patrick Hylton, managing director of the National Commercial Bank, to examine private funding for the student-loan system, is expected to provide recommendations to his ministry by the end of the first quarter in 2013.