How to use weak ties to form a strong network 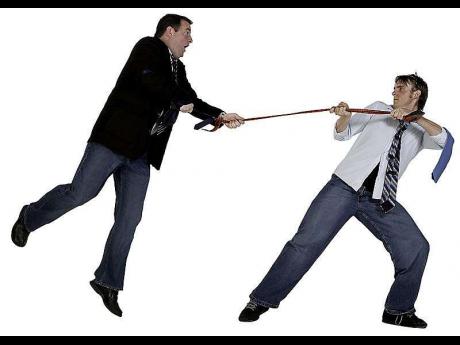 As we prepare for 2013 and its promises of economic challenges, we'll be much better equipped to navigate its landscape if we have 'weak ties'.

According to a recent Harvard Business Review article entitled 'The Six Rules of Networking at Work', we need to get rid of some of our old notions of networking if we truly want to connect with other people in a way that makes a difference.

First of all, it's important to realise that if your network simply consists of your colleagues, old schoolmates and friends, then it's probably stale. In the words of the article, it consists of too many 'strong ties' - people who are already close who aren't likely to tell you what you need to know. They have become accustomed to telling you what they think you are comfortable hearing.

To escape the trap, the article recommends forming 'weak ties' - putting yourself in situations where you are making connections with people that you aren't familiar with, and who belong to communities that you have never visited. In today's world, doing this is a critical skill, and the Internet is an essential tool.

In the days before social networking, forming these weak ties meant attending live events, just to see and be seen. This still has its place, but it's hit or miss nature makes it far less important.

Popular social networks like Facebook, LinkedIn and Twitter are all important websites to use in building a professional presence, but a more direct benefit can be derived from older technology, at a low cost.

Nine years ago, I formed an online cross-regional human resource network connected by a single discussion list. A discussion list is an ongoing online conversation, in which email messages from any member are automatically re-distributed to all list members from a central hub.

In the very beginning, what soon became known as CaribHRForum had only 10 members. Today, membership is still free but there are over 500 participants in the largest ongoing, 24/7 dialogue among HR practitioners in the region.

New services have been added such as CaribHR.Radio, CaribHRNews and CaribHRStudents, and this has all happened at a modest cost, using volunteers and low-cost technology.

What I did was not extraordinary, although it was a bit unusual at the time. The technology exists for anyone in your industry to form the same kind of professional network that relies on high-quality membership.

Forming weak ties has become much easier to do on the forum, as members learn a critical skill that's so necessary in the virtual age - how to meet someone, and come to trust them enough to do business with them when you have never met them and never will meet them.

Forming these weak ties is only the first step, but this kind of networking is happening all around the world. We need to overcome our discomfort, join and participate.

Beyond the idea of weak ties, the article also urges professionals to form diverse networks that include people with different skills and viewpoints.

One of the bad habits in Internet usage is to wall ourselves off from others who think in other ways. It's easy to do - just interact with and visit those people and organisations that you already trust, and avoid those that you don't. This guarantees that your network stays the same from year to year. In this sense, it's more important to diversify your network than it is to grow it. It's one case where size doesn't matter.

Lastly, many of us need to appreciate the power of 'swarming'.

If you need to contact someone - a target - it's best to use your weak ties to help open the door.

When done skilfully, by the time you make direct contact, your path has already been paved by others. This is particularly true in small islands like Jamaica, where networks tend to be tight and concentrated.

In fact, we often get suspicious when we're approached by someone who no one knows. If they don't exist on LinkedIn or Facebook, or some other online presence, we are right to ask some questions.

Such is the nature of networking in today's environment, where the absence of an online presence on networking sites raises questions. It underscores the point: forming weak ties and reinforcing them with diversity helps you achieve your professional goals.