Thanks, but no thanks - Sizzla rejects J-FLAG olive branch 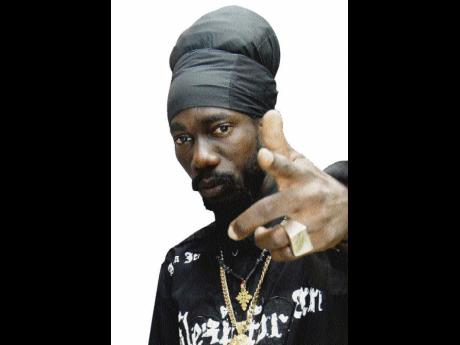 While Sizzla Kalonji may not be one of the artistes gay lobby groups have called 'reformed', the reggae crooner has strongly rejected the olive branch from the Jamaica Forum for Lesbians, All-Sexuals and Gays (J-FLAG), offered to support Jamaican entertainers, who despite toning down their anti-gay rhetoric, have continued to come under attack from gay lobby groups abroad.

J-FLAG recently came out in support of entertainers, who in their judgement, were reformed dancehall artistes who they believe have demonstrated greater levels of tolerance to the homosexual community.

However, Sizzla has no intention of accepting any support from the local gay lobbyists.

"I, personally, as Sizzla and president of the Nyabinghi theocracy, I don't want no sponsor from no homosexual," he declared.

"We are a people of the Almighty God. We are a biblical people. Jamaica is a Bible island. We live by the principle of the Almighty and in our Bible that we read, in the Hebrew Bible, we totally abandon homosexuals. We are against it. So we don't need no support from them. Fire bun!"

Dane Lewis, J-FLAG executive director, in a story published in last week's Sunday Gleaner, said the organisation was concerned about the recent spate of protests and the stance taken by many of the groups who mobilise these actions.

"The truth is we aren't even involved in these anti-murder-music campaigns today and, in most cases, we are alerted of these protests through our local media," Lewis was quoted as saying.

"Every now and again, some protesters might email asking for clarifications on songs and the general situation regarding LGBT Jamaicans. But, to our knowledge, far less hate music is being produced, and even sponsors have been responsive in the effort to make this type of music a thing of the past."

However, J-FLAG's position means very little to Sizzla Kalonji, whose position is one of 'thanks, but no thanks.' In the title track of his 1997 album Praise Ye Jah, a then 21-year-old Sizzla sang:

I see how yuh constantly building churches but while you church defend di slackness as usual rasta no mix up with homo ...

Fifteen years after that song was released Sizzla's stance, clearly, has not changed.