Remembering the needy - Artistes use the season to give back 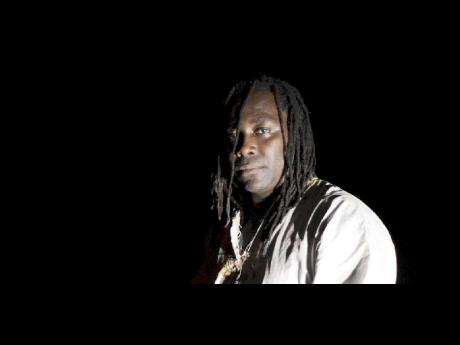 While many Jamaicans will spend the festive season partying and reuniting with loved ones, others have opted to share their blessing with the less fortunate.

Among those concerned about the welfare of the needy are reggae artiste Kwabena Nip and young dancehall artistes The Rising and Dotta Coppa.

Nip will be performing at a series of charity concerts during the holiday period and expressed that people should always be mindful that others are suffering.

"Charity is a thing that I normally do because it is the right thing to do. I will be performing at an event for disadvantaged children, and it just feels awesome to know that I can help with their development," Nip explained.

"The Bible speaks of doing good and it's a pleasure for me to be making a contribution to something like that. I am always available for the less fortunate no matter how small it is, not just for Christmas, but overall," he said.

The Rastafarian reggae artiste believes that people would automatically become more charitable if they would stop to pay attention to the way nature works.

"It's like the trees in the garden, they are always charitable to us; and plants on a whole feed us right through the year. You see, even though they are seasonal, one always picks up where the other leaves off ... so after mango season you might have orange season or cane season. So humans should act in the same manner and help each other when they are down. I try to make people know that whenever you put a plate of food to your mouth somebody else is starving somewhere in the world," he said.

Up and coming dancehall artistes Dotta Coppa and The Rising are also planning to give this festive season. The artistes are barely mainstream with just one single getting favourable rotation called Our Time Now, however, they claim that part of their aim this season is to help others.

"This year, wi ting just a tek off the real way and wi a get some airplay, plus we are going to perform at Sting, which is known as the biggest one-day show on earth. So if that is not something to give thanks for, I don't know what is. I am somebody who hustles on the street daily as a cash-for-gold vendor, and I see where a lot of homeless youth have life hard. So me and Dotta Coppa just decide seh wi a guh sacrifice and put a change (money) aside so that we can mek them eat a food for the Christmas because politician nah help di youth dem, only a buy SUV wid wi tax money. Go downtown Kingston at King Street and you see the suffering at the expense of SUVs, suh wi just a help out a few youths like wiself ," said The Rising.

Nip is expected to perform in Vineyard Town on January 1, 2013 at a charity concert hosted by media personality DC from Bess FM. He also performed at the recently concluded Jamaica Epicurean Escape and can be seen tonight in action at Sting 2012.