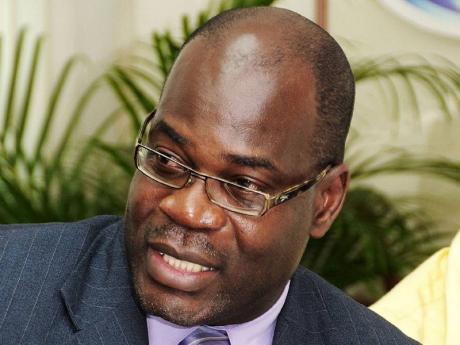 Bailey: I think we have to be more surgical, especially as it relates to major criminals, so it's going to involve more detailed investigations ... . File

As Senior Superintendent of Police (SSP) Fitz Bailey takes over from SSP Derrick 'Cowboy' Knight, he is reassuring residents in his new division that "proactive investigations" will be the priority on his agenda.

Bailey, who will take charge of the St Andrew Central Police Division, told The Gleaner that in order to curb crime, one has to employ more detailed investigations.

"Proactive investigation is very critical in whatever I do because I believe that if we are to impact on crime, we have to be more proactive," he said.

"I think we have to be more surgical, especially as it relates to major criminals, so it's going to involve more detailed investigations and I will be seeking external factors in that thrust."

Bailey also noted that he would be taking a zero-tolerance approach to corruption.

"In terms of integrity, I will ensure that nothing is done to stain the policies that were set up by the JCF (Jamaica Constabulary Force) and the Anti-Corruption Branch," he said.

He also emphasised that he plans to work closely with the community in order to build their confidence in the police and reassured persons thet he was ready for the challenge.

"If we are to win the support of the community, we have to ensure that the public has confidence in us. We have to exhibit to stakeholders and those we serve that they can trust us," he declared.

In the meantime, Knight, who will be overseeing the Manchester division, encouraged Bailey to persevere despite the challenges.

"It's going to be a difficult task because St Andrew Central is one of the most difficult divisions to manage, so I expect that you guys (the media) will give him even more support than you have given to me," he said.