Christie in demand - Trinidadian coalition brings Christie on board 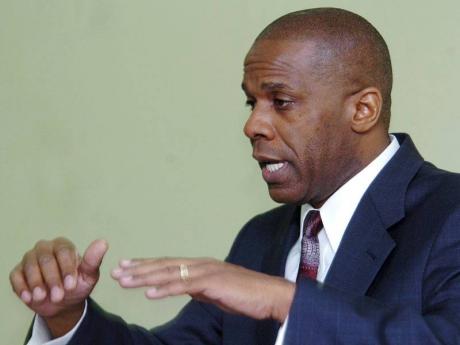 Jamaica's former contractor general Greg Christie has been brought on board by a coalition of private sector and civil society groups in Trinidad and Tobago to advise it on draft legislative proposals now before the twin-island republic's parliament.

Christie has been engaged by a private and civil society group headed by the Joint Consultative Council for the Construction Industry in Trinidad and Tobago.

The former contractor general's mandate involves collaborating with the private and civil society groups regarding their draft legislative proposals which are currently being considered by the Trinidadian legislature.

Winston Riley, chairman of the procurement committee of the private sector and civil society group, told The Gleaner that he had had talks with Christie from as far back as 2010.

Riley said his lobby in Trinidad has been pushing for an arrangement in the island where its procurement regulator reports to parliament. He said this would be similar to the arrangement with regard to Jamaica's contractor general who is a commission of the Jamaican Parliament.

Noting that the group faced opposition from the legislature on its proposal for the regulator to report to parliament, Riley said: "We didn't want the regulator to be reporting to any minister and that is where the problem started. That is the genesis of starting our discussion with Christie."

Last year a team from the Office of the Contractor General, led by Christie, gave a Trinidadian joint committee a first-hand and expert account of the operation and oversight of Jamaica's procurement systems.

Riley told The Gleaner yesterday that his group has been agitating for the proposed legislation for a number of years.

He said under the previous Trinidadian administration, legislation was drafted to deal with government procurement but the then government changed its mind about taking the measure forward.

However, he said the Kamla Persad-Bissessar government took the draft law to a legislative review committee of parliament.

"Now that the legislation has reached this far, there is the question of the practicality under which we have to work. We felt that Mr Christie has the kind of experience to look at our legislation and tell us in terms of its practicality, what it is we need to change, what we should do in difficult circumstances."

He stressed, however, that Trinidad did not intend to adopt the Jamaican procurement model but was seeking to align itself with the Australian-New Zealand model.