Acting contractor general does not understand his role - Atkinson 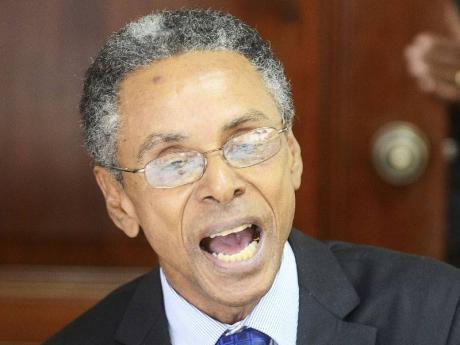 In a statement yesterday, Atkinson said Beresford acted "inappropriately and out of a misunderstanding of his duties and the primacy of the Constitution of Jamaica".

Atkinson said he was asked to respond on behalf of the Portia Simpson Miller Cabinet.

The attorney general said the Cabinet rebuffed the acting contractor general's characterisations and stated that its position was lawful and in accord with its duties under the Constitution of Jamaica as the principal instrument of policy.

"The Constitution of Jamaica vests the Cabinet with the general direction and control of the Government of Jamaica, and it is collectively responsible, therefore, to the Parliament of Jamaica and not to the OCG (Office of the Contractor General)," Atkinson said.

"The Cabinet of Jamaica has asked me to re-emphasise that while it is driven to improve the country's economic prospects by attracting foreign investments among other measures, it remains resolute in its fight against corruption not only among public officials but throughout the society," the attorney general said.

Beresford referred the Cabinet to the DPP for criminal prosecution after the oversight body failed to obtain requisitioned documents on four major infrastructure projects from Cabinet over an eight-month period.

DPP Paula Llewellyn told The Gleaner last week that her department had assembled a team to examine the OCG's referral and would attempt to deliver an opinion as soon as possible.