We must collect taxes, cut spending 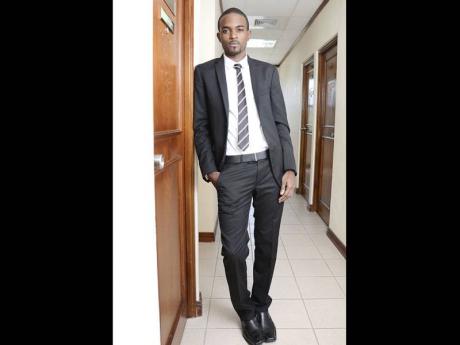 Today, we continue a new series, The Briefing, with Dr André Haughton. It explains and discusses various issues, including challenges facing the economy.

ANY ATTEMPT by the Government to manipulate the economy with spending or taxes is considered fiscal policy. Every year, the Government spends on military and police equipment, building prisons, schools and/or other institutions, building roads, highways and other infrastructure, as well as making transfer payments, for example, pension it pays to those retired.

These transactions form government spending, which is half the concept of fiscal policy. The other half entails the government increasing or decreasing taxes (income tax, education tax, corporate tax, etc) to achieve required economic objectives.

The Government uses fiscal policy mainly to influence our overall demand for goods and services, also to control the flow of resources and the distribution of income. For example, at the start of this new year, the income tax threshold (the portion of your salary you receive tax-free) increased from $441,168 to $507,312 per year, and also the corporate tax rate for some companies drops from 33 per cent to 25 per cent per year.

Increasing the income-tax threshold and reducing corporate tax rate are expansionary fiscal policy decisions. These activities increase both the amount of money available to each individual to spend (disposable income), and the profits for each firm to reinvest.

This should increase the demand for goods and services, forcing firms to produce more in order to meet the increase demand.

Are Jamaica's policies in line with the country's objectives?

Jamaica does not produce enough to meet local demand in most instances. Consequently, these new policies that increase the income-tax threshold and reduce corporate tax may result in an increase in imports if the increase in local demand is not met by an increase in local production. If firms and individuals have more money, they will demand more, if local production cannot supply this demand, this results in an increase in imports. Notwithstanding this, if companies and corporations import capital equipment to add to or improve their production processes, this is a plus to the development efforts of the country.

On the other hand, if the increase in income is used to purchase mostly consumption goods, this will temporarily improve the standard of living of the importer, but will put additional strain on the dollar.

To cure the effects of the Great Depression in the 1930s, for example, the United States decided to build the Hover dam. To do so, the USA government invested in capital equipment, and provided additional employment, hence income, for a number of Americans. Expansionary policies like these are sustainable, as they built infrastructure necessary to aid in the development of the USA in the long run. It created a new livelihood for American citizens and new sources of sustainable income over time. Currently, the USA is helping to provide additional jobs by strengthening its automobile industry as well as other industries. Merely fiddling with the tax rate cannot guarantee any economic improvement unless there are direct efforts to stimulate development of sustainable infrastructure and industries.

Furthermore, there is no guarantee that the additional savings corporations will receive given the new lowered corporate tax rate will be reinvested in Jamaica and not in another country.

What's the look for the new year?

It is the beginning of a new year, and Jamaica's private sector is panicking after the Government failed to secure the International Monetary Fund agreement. The signing of which depends critically on the country's ability to display fiscal discipline (increase tax collections and reduce spending). This shouldn't come as a surprise to investors, business owners, consumers and the Government as it was clear the country was not on the correct path. We cannot overemphasise that each individual must play their role to help the country recover this new year.

Bearing in mind that out of many we are one people and our actions today will determine how we advance collectively as a nation towards prosperity in the future.