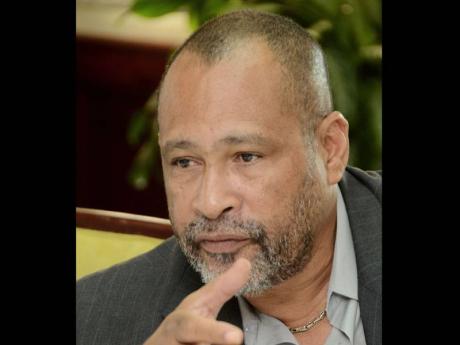 The Government has tapped former Bank of Jamaica governor Derick Latibeaudiere to chair an enterprise team for the privatisation of the Kingston Container Terminal (KCT).

Prime Minister Portia Simpson Miller on Sunday said Cabinet had approved the establishment of the team, four years after her predecessor Bruce Golding had mooted the divestment plan in February 2009.

Jamaica House offered few specifics on what the programme would entail, telling the Financial Gleaner that the enterprise team "is charged with facilitating the privatisation process and ensuring the process is compatible with the general principles of privatisation."

The possibility of floating shares on the stock market has previously been mooted, among other models, but it will be left to Latibeaudiere's team to recommend the appropriate privatisation strategies for the KCT, Jamaica House said, which "ensure the privatisation process is conducted in accordance with government policy and gives priority to the welfare of employees."

The team will also negotiate the final privatisation terms.

Latibeaudiere headed the Bank of Jamaica for 13 and a half years before he was pushed out of the job in October 2009 under the Golding administration, on the basis that his pay package was too costly for the cash-strapped Government to afford.

However, at the time he and the Government were said to be at odds over the execution of economic policy.

Other members of the enterprise team are: Noel Hylton, outgoing president and CEO of the Port Authority of Jamaica; Dr Eric Deans, director of shipping and policy research at the Maritime Authority of Jamaica; Peter Melhado, CEO of the ICD Group; Gary Peart, CEO of Mayberry Investment Limited; Chris Bicknell, CEO of Tank-Weld Metals; Milverton Reynolds, managing director of the Development Bank of Jamaica; Audrey Sewell; Maureen Vernon; and a representative each from the Ministry of Finance and the Attorney General's Department.

KCT is owned by the Port Authority of Jamaica (PAJ) and operated by Kingston Container Terminal Services Limited, a subsidiary of the PAJ.

It is one of the region's leading container transshipment ports and consists of three terminals - the north, south and west - with a capacity of 2.8 million TEU's or twenty-foot equivalent container units.

PAJ has previously announced the dredging of the KCT basin and ship channel as key initiatives to be completed over the next year or so to take advantage of large ships traversing the Panama Canal.

But there is as yet no public movement on the projects. The Port Authority has not responded to Financial Gleaner queries on the issue.

In August 2011, French shipping group CMA CGM signed an agreement with the Jamaican Government, which will see the company investing US$100 million to improve infrastructure and equipment, as well as employ 1,000 persons in exchange for a 35-year lease to set up a major hub at the KCT.

At the signing, then portfolio minister Mike Henry said the agreement represented a significant step forward in the Government's programme for the privatisation of the KCT. However, the Port Authority said the CMA CGM agreement was separate from the planned divestment of the port.

The PAJ in May 2009 and again in June 2011 issued consultancy contracts to PricewaterhouseCoopers totalling US$3.8 million under the KCT privatisation plan. The latter was described as consultancy for phase two of the divestment.