Rolling blackouts could return by 2015 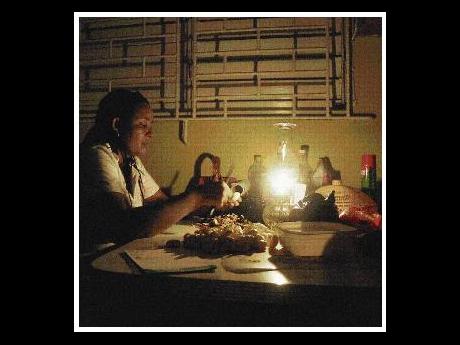 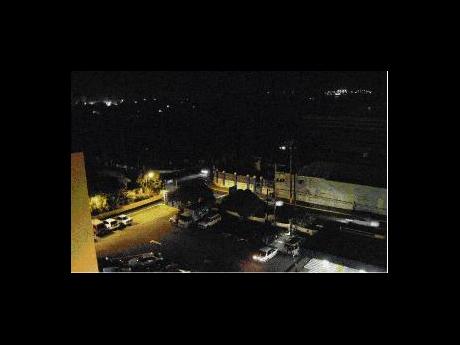 The lighted parking lot of The Gleaner Company Ltd provides a huge contrast to the view of the rest of the city which, along with the rest of the island, was plunged into darkness during a JPS blackout. - Ian Allen/Staff Photographer
1
2

Energy Minister Phillip Paulwell has admitted that the country could return to a period of frequent power outages if steps to replace the ageing and inefficient Jamaica Public Service Company (JPS) generators are not done by 2015.

"In about three years you are going to see degradation in the generating capacity and units are going to start to fail … . There will be blackouts if nothing is done," Paulwell told The Sunday Gleaner last week.

The energy minister said the plan by the JPS to construct a new liquefied natural gas (LNG) power plant in Old Harbour, St Catherine, would be the ideal solution but if that does not work, other measures will be implemented.

According to Paulwell, his ministry is in the process of putting in contingency arrangements to prevent wide-scale power outages.

"Firstly, we have this request for proposal for 115 megawatts (MW) of renewables," said Paulwell.

"Much of that will give (the JPS) baseload, which would be much cheaper than heavy fuel oil or diesel."

Paulwell said electricity from the renewables should come on stream by 2015 and will include a combination of wind, waste to energy, bagasse, hydro and the most expensive, solar.

He disclosed that the recently constructed West Kingston Power Plant, with 66 megawatts of power is now the cheapest source of electricity to the JPS grid and a similar plant could be established before the three-year deadline.

"We have viewed proposals that could establish a 120-megawatt plant, using heavy fuel (in a combined cycle) so that if gas comes eventually (that could be used)," revealed Paulwell.

"That is another of the medium-term solutions to enable us to get to a point where power outages are averted from 2015."

The energy minister stressed that in the long term it would be necessary to induce substantial capacity, using coal or petcoke which is similar but cheaper.

"We have it (petcoke) in great abundance in Venezuela, its almost a give-away, and we do have coal next door to us in Colombia, so it's a no-brainer. ... We very well might have to revert to that," said Paulwell.

The JPS last year announced plans to invest US$616 million (J$57 billion) to construct the new plant in Old Harbour but warned that this could be shelved if efforts to source natural gas at a reasonable price were unsuccessful.

The new LNG plant would allow the JPS to retire some of the old inefficient gas plants, including the B6 generator at its Hunts Bay station.

That plant is expected to meet the JPS's baseload demand as the cost of running it is projected to be lower than other plants the company now operates.

But it is widely accepted that if things go wrong with the planned construction of the plant, the country would be left without a long-term solution for meeting baseload demand and would have to resort to measures geared towards extending the life of the old units and implementing short-term solutions.

This would be accompanied by widespread power outages and further increases in electricity costs in the short term.

For Paulwell, a meeting tomorrow could arrive at a deal to ensure that the JPS plant becomes a reality using an energy source different from LNG.

While not naming the new option, Paulwell told a recent Gleaner forum that the price of the energy source should make it possible to achieve his goal of a sharp reduction in electricity bills.

He, however, conceded that failure to arrive at a firm agreement could trigger a resurgence of power failures that is likely to flicker shocking reminders of a darkened past.

"If the thing that we are working on is successful on Monday, then JPS, I think, will start construction by about June and then we will be able to have the facility up and running by the first quarter of 2016," said Paulwell.

"I continue to be hopeful that those talks involving the bauxite companies and the Jamaica Public Service will bear fruit," added Paulwell.

The Office of Utilities Regulation (OUR) has
reported that it has received 85 expressions of interest in response to a
request to procure 115MW of new generating capacity from renewable
sources on a build, own and operate basis.

The request for proposals was issued in keeping with the Government of Jamaica's target for renewable-energy sources by 2015.

To
provide further information or clarify any issue relating to the
procurement, the OUR will host a pre-bid meeting on Thursday at The
Knutsford Court Hotel starting at 9:30 a.m.