Black voters must exact a price for their support 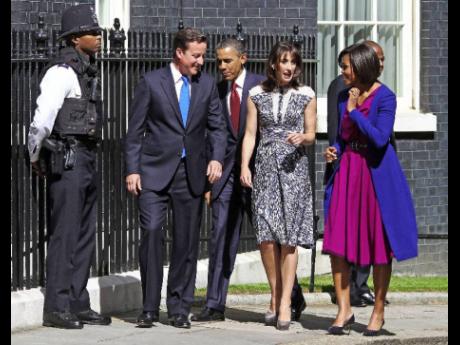 US President Barack Obama and wife Michelle are greeted by Britain's Prime Minister David Cameron and wife Samantha outside 10 Downing Street as the president embarks on a three-day state visit to the UK. 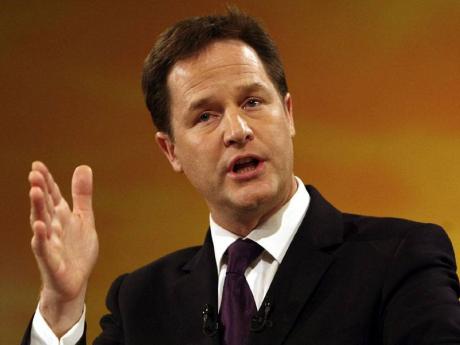 For too long black people in Britain have allowed the political parties to take advantage of their vote.

Labour, the Conservatives and the Liberal Democrat seem to be just paying lip service to the black community. But all have a poor and inconsistent record of taking a real interest in matters that affect black people.

Black Britain, however, if it votes strategically, has the potential to determine who moves to 10 Downing Street. Politicians must stop assuming they have a monopoly on the black vote. They must be made to negotiate for it.

Should there be any doubt about the power of the black vote, a few bits of electoral data are worth considering. First, there are 16 constituencies in England with black populations ranging between 16 and 35 per cent.

In the past, all of them returned Labour's candidates.

In the last election, nearly two-thirds of black voters cast their ballots for the Labour Party. That may have been down from the 90 per cent of past decades, but it more than doubles the 31 per cent of whites who voted for Ed Miliband's party. The black vote is important to Labour.

Further, there are 45 marginal seats where the numbers of African-Caribbean voters exceed the majorities of the sitting members of parliament. Eighteen of these seats were won by the Conservatives and six by the Lib Dems, the coalition parties who each received 18 per cent of the black vote in 2010.

There are two other significant points.

It used to be the case that Labour didn't have to work for the black community's vote. Their support was assured.

On the other hand, the Tories and the Lib Dems could count on low voter participation to compensate for the lack of black support and their lack of attention to African-Caribbeans. Indeed, in 2010 while 89 per cent of black Caribbeans and 79 per cent of black Africans were registered, their turnout, respectively, was 66 per cent and 60 per cent. Black Africans had the lowest turnout of all ethnic groups.

The tight election of 2010 and the black political geography it highlighted suggests that neither Ed Miliband, the Tory prime minister David Cameron, or the Lib Dem's Nick Clegg, can afford, any longer, to ignore black voters.

Indeed, they would do well to note that in the United States shifting ethnic demographics - a situation that is being paralleled in the UK - President Obama assured his election victories by building a coalition of minorities.

But black Britons have to register to vote, which is why we support the registration initiative by Operation Black Vote, the Black Churches and similar campaigns.

And then they must vote.

In preparing to vote, they should ask themselves whether the parties or their MPs have taken any interest in the issues that affect their lives or the initiatives they care about - domestically, in Africa or the Caribbean.

Black voters, and those who speak on their behalf, must demand that the parties, as soon as possible, publish policy statements, and specific programmes, to advance, among other things, the education, employment and economic opportunities.