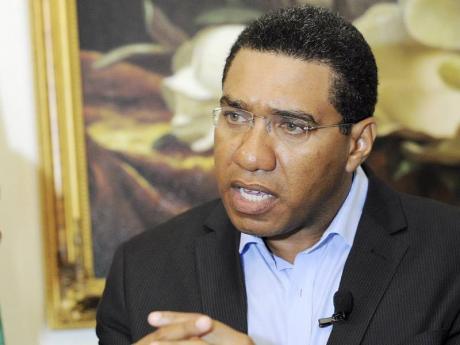 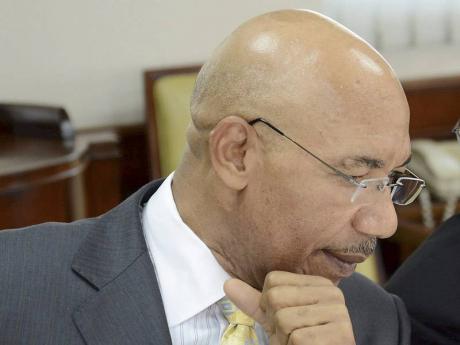 The Andrew Holness-led Opposition has finally carried out its threat to call Governor General Patrick Allen to action in order to force the hand of the Portia Simpson Miller administration in bringing closure to the controversy-plagued Commission of Enquiry into the operations of the Financial Sector Adjustment Company (FINSAC).

Already enmeshed in a deep financial bind, the Portia Simpson Miller administration has served notice that it has no intention of forking out anymore than the approximately $65 million already spent on the enquiry.

However, in correspondence to Sir Patrick seen by The Gleaner, Holness contended that it was for this reason that the FINSAC commission should be allowed to complete its task.

"The findings of the commission take on even greater significance at this time when the Government seeks financial assistance from the International Monetary Fund and is required to carry out restructuring of the Jamaican economy," stated Holness in a letter to Sir Patrick dated January 11, 2013.

Holness also reminded Sir Patrick, an appointee of the Jamaica Labour Party (JLP) administration, that it was he who had appointed the Commission.

"... And having given directions pursuant to the Commissions of Enquiry Act in general and specifically to Section 13, dealing with the expenses of the commission and persons employed, I respectfully enquire of the reasons for the commissioners' delay in submitting the report and whether such reasons are due to the failure of the Government to provide the necessary resources to facilitate its completion," stated Holness.

Added the opposition leader: "I respectfully make reference to the appointment of your Excellency's Commission of Enquiry on the 25th October 2008, the terms of reference of which include, inter alia, to examine the circumstances that led to the collapse of several financial institutions in the 1990s with particular regard to the extent to which these circumstances were directly influenced by domestic or external factors; Government's fiscal and monetary policies; the management practices and role of boards of directors of the failed institutions; (and) the performance of Government's regulatory functions."

The People's National Party (PNP) Government, led by former Prime Minister PJ Patterson, had established the organisation in response to the widespread financial fallout of the mid 1990s. However, the JLP - which currently forms the second opposition in the life of the enquiry - claims that FINSAC locked scores of Jamaicans into deep financial binds.

Dr Omar Davies, who was finance minister when he established FINSAC, has remained steadfast in his claim that it was the correct course to minimise the effects of the fallout in the financial sector which led to the collapse of numerous financial entities.

After the JLP assumed state power in 2007, Prime Minister Bruce Golding, backed by Finance Minister Audley Shaw, carried out the party's promise while in Opposition to commission an enquiry into FINSAC's operations.

The JLP subsequently lost power and returned to Opposition just over a year ago.

But despite repeated calls from the Opposition under Holness, the Simpson Miller and her team refused to capitulate.

Said Holness in his letter to Sir Patrick: "Your Excellency may recall that issues of conflict of interest were raised concerning members of the commission which led to the appointment of Mr Worrick Bogle as its chairman."

The opposition leader said since then, the hearings of the commission had proceeded without further interruption.

"I am informed that what is outstanding are administrative issues relating to the preparation of the report which require financial support from the Cabinet," Holness wrote. "There can be no doubt that this matter is one of great public interest and touches and concerns every well-thinking Jamaican."