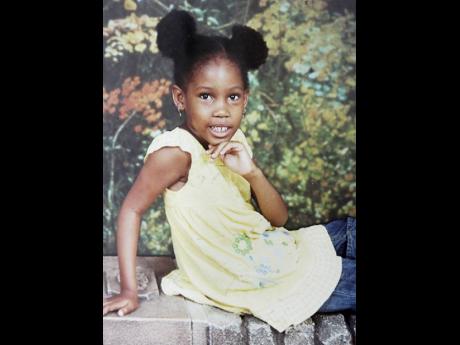 Google the name Imani Green, and hundreds of results will appear within seconds, on the popular search engine website.

Since last Sunday, Jamaica has been bombarded with an extraordinarily high amount of negative publicity surrounding the death of the British eight-year-old student who was shot by a lone gunman last Friday night in Duncans, Trelawny.

Imani's death has not only rocked her family, but threatens to undermine the success Jamaica's tourist industry hoped to reap from the 2012 Olympics that were held in London last August.

The fervour with which the international media covered the world's fastest man, Usain Bolt and the rest of the Jamaican Olympic team last August, has returned as they feature the nation again. This time the headlines, from media such as the BBC, Guardian, ITV News and The Mirror, read like a horror movie.

Headlines such as: 'Let me play ... Last words of girl, 8, shot dead in Jamaica', 'British Girl Shot Execution Style in Jamaica', 'Tragedy for British Girl', 'Imani Green murder: How Violence Plagues Jamaica' are used to describe the killing of the youngster who was vacationing here with family, in a rural district, known for its calm and peacefulness.

A damning report in the International Business Times, tagged, 'British Girl's Tragic Killing Reflects Jamaica's Relentless Violence, stated that on average someone is murdered on the island once every seven hours.

Admitting that any publicity that is negative and does not show Jamaica in a positive light will clearly impact negatively on the country and does not augur well for the lifeblood industry - tourism, president of the Jamaica Hotel and Tourist Association (JHTA), Evelyn Smith said: "We must always be mindful that a safe place to live is also a safe place to visit."

The JHTA president said she was saddened by the death of the young sickle cell patient, who came to Jamaica to find solace in the sunshine.

The publicity Imani's death has garnered has been described as similar to that of the 2010 Tivoli incursion, noted one hotelier, who didn't wish to be named.

In the aftermath of that west Kingston unrest, then Minister of Tourism Edmund Bartlett estimated that the island stood to lose US$350 million in earnings. During the unrest, the United States, Canada and the United Kingdom issued advisories against travel to Kingston.

Efforts to get a comment from Minister of Tourism and Entertainment Dr Wykeham McNeill, on the impact this may have on the tourist industry, were unsuccessful.

In the meantime, the police have detained some eight persons for questioning into the killing.