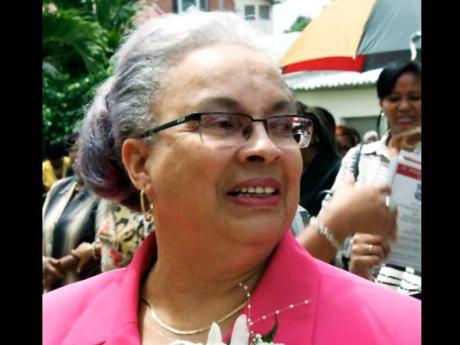 In making her diagnosis public in March 2010, Repole had said that people need to be more aware of the risk factors associated with pancreatic cancer.

Repole served in the field of education for more than 40 years. She served as principal at St Andrew High for 12 years and at Excelsior Community College for nine years.

She was recognised at the highest levels for her contribution to education, both locally with the Order of Distinction - Commander Class (CD) and overseas with the Pioneer award for work in community colleges from the Community Colleges Baccalaureate Association in the United States.

In a statement, St Andrew High said the school community "mourns the loss of one of its most illustrious daughters, Dr Dahlia Winsome Repole".

In a 2010 citation on her retirement, Excelsior Community College lauded Repole for her enthusiasm and passion for excellence, her concern and positive action for the less privileged and her outstanding vision and leadership, strategic thinking and commercial acumen.

"Under her stewardship", the citation noted, "Excelsior Community College experienced growth and institutional strengthening, as manifested in the improved programme offerings and accreditation by the University Council of Jamaica."

This led to the introduction of bachelor's degrees, expanding enrolment and new campuses in St Thomas, St Mary and two locations in Kingston.

It also included the establishment of a community empowerment programme in answer to worrying levels of strife in the college's surroundings.

Repole served on the boards of numerous charitable organisations and gave courageous and dedicated service for her country, including in her capacity as a justice of the peace. In addition to the CD and Pioneer awards, she was honoured with the Prime Minister's Medal of Appreciation and the Kingston Bookshop Award for services in the field of education, as well as the naming of a building in her honour by her alma mater, St Andrew High.

During her illness, Repole received support from family and friends who joined together to form The Dahlia Repole Foundation (TDRF).

Fund-raising towards her treatment was the initial goal of TDRF, but the scope broadened much further.

"My mother's diagnosis with pancan (pancreatic cancer) was devastating," said Anika Repole Wilson, daughter of Repole and a director of TDRF. "But it became apparent that others need to be in the know of this disease. Pancan does not discriminate and we hope that by lending my mother's name to this cause, others will be able to benefit through our fund-raising and awareness efforts."

TDRF has high hopes for early detection and prevention research in pancreatic cancer, as well as for enabling the improvement of educational institutions, platforms on which Repole strongly believed.

Repole is survived by her children Kenzo and Ida-Chloe Anika; stepchildren Diane, Franz and Leon; nieces and nephews whom she regarded as her own; her brothers, other family members, friends, colleagues and students.