The dub in dubstep 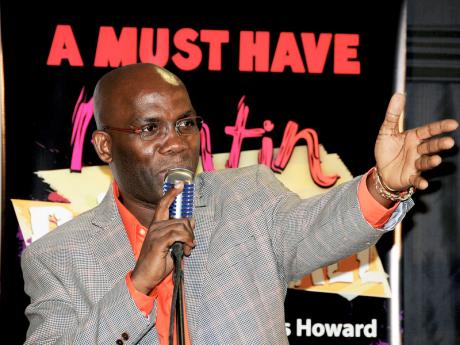 Dr Dennis Howard makes a point during the launch of his book 'Rantin From Inside The Dancehall' at The Devonshire, Devon House, Hope Road, last year.-Winston Sill/Freelance Photographer

Jamaica is often lauded worldwide for reggae music and the immense impact the genre has had on the international music scene. The fact that such an original and transcending genre had come from such a small island, helped Jamaica to leave an indelible mark on the world stage.

Reggae music, however, is not the only original sound to come from the country; in fact, it may not even be the first.

Howard made a presentation on the impact of dub music at the closing of the Jamaican Music Museum's Sunday Grounation series. Howard and many other scholars also posit that dub music and the techniques used to produce it, have inspired various other international genres, including disco, hip hop and electronic music.

This was highlighted in the 2008 documentary Dub Echoes, which featured over 40 key names involved in the history of dub, electronic music and hip hop who all spoke on how the Jamaican invention transformed the studio into a musical instrument and gave way to all forms of sonic experiments.

The beats might be faster (like most things nowadays) and the bass more intense, but the aspects of sound manipulation that originated with dub music and the placing of emphasis on the beat over vocals, reveals a less-than-subtle inspiration.

The dub influence in dubstep music is very apparent in the collaboration between international reggae superstar, Damian Marley, and dubstep master, Skrillex.

The single Make it Bun Dem is a stark juxtaposition of two seemingly very different styles of music, but the end result is effortless and fluid and reveals just how much the two genres complement each other. This could be owed to the fact that both genres have their roots in the same country, Jamaica.