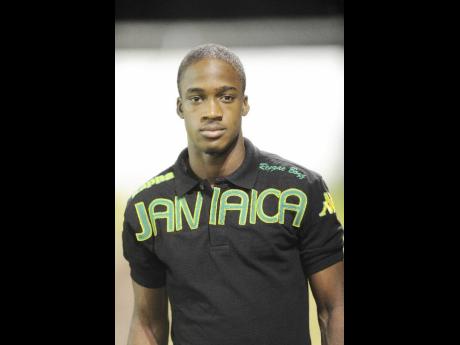 National under-17 football captain, Junior Flemming, has ensured that his participation in the Red Stripe Premier League (RSPL) with Tivoli Gardens FC will not hinder his chances of landing a scholarship abroad by not signing a contract or accepting any monetary compensation.

"My coach, Mr (Alfred) Henry (Jamaica College football coach), told me that first and foremost, I shouldn't have any agreement or sign any contract and I am not supposed to be paid because if the scouts or any interested college hears that I am being paid, they would say that I am already a professional," Flemming explained.

"I am just playing like a volunteer. I just choose to play for enjoyment, so I am not getting paid, and I haven't signed any contract or anything like that."

The 17-year-old forward, who also captains Jamaica College's Manning Cup team, has represented Tivoli Gardens at all the youth levels but made his senior debut on January 8 against Olympic Gardens in the Jackie Bell Knockout competition. He has since featured in two RSPL games against Cavalier and Waterhouse.

"They (Tivoli) asked me to play because I have played at the under-13, under-15, under-17 and under-21 (levels) for the last two seasons, so they asked me to join the Premier League team as soon as the Manning Cup was finished," Flemming stated.

Flemming missed Tivoli's game against Sporting Central Academy yesterday as he has joined up with the national under-17 squad that is preparing for the CONCACAF Under-17 Championships to be held in Panama City April 6-19. He was also a member of the team that participated in the 2011 FIFA Under-17 World Cup in Mexico.

The fifth-form student is hoping to join his former Jamaica College teammate, Ashani Walker, at the University of Cincinnati when he completes high school in the next two years.

Former Bridgeport High School Manning Cup standout Darren Mattocks has proven what a good launching pad United States collegiate football can be. Mattocks starred for the University of Akron before he was drafted by Vancouver Whitecaps FC as the second overall pick in the 2012 MLS Super Draft.

Mattocks' former Bridgeport High school teammate, Jamiel Hardware, was attempting to chart the same course when he joined Jefferson College. He was, however, released after just eight games as he was deemed ineligible to represent the institution, having played for Boys' Town in the Premier League.