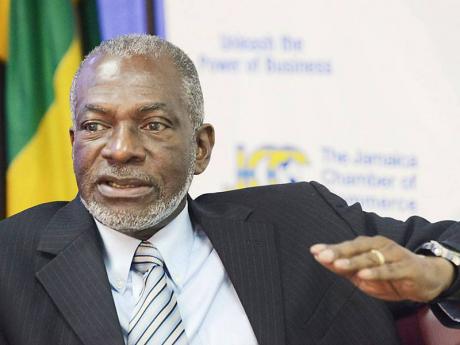 Economic optimism among businesses fell in the fourth quarter of 2012 to near its lowest level in four years, largely based on the protracted delay on a bailout agreement with the International Monetary Fund (IMF).

Consumer confidence remained flat when compared with the previous quarter, but was less buoyant than before, having discarded the optimism they expressed at the top of the year following a change of government.

Moreover, "the lack of progress on jobs during the past year is the central and most important frustration of consumers," the Jamaica Conference Board reported Tuesday.

The consumer confidence index, on the other hand, inched up to 120.7, above the 118.2 recorded in the third quarter, but a shadow of the 160.1 recorded at the start of the year.

"The general feeling of negativity among businesses is because of the protracted delay in arriving at an IMF deal," said managing director of Market Research Services, Don Anderson, as he presented the findings of the 4Q survey done on behalf of the Conference Board, which is the research arm of the Jamaica Chamber Chamber of Commerce.

In addition to uncertainty about an IMF agreement, "concerns about domestic demand and the strength of economies of Jamaica's main trading partners acted to diminish optimism" among businesses, the survey found.

It said firms have repeatedly expressed greater economic optimism during the year, only to be followed by growing doubts and renewed pessimism.

This has primarily reflected uncertainty about how domestic economic policies would address the need to contain central government spending, and how it would allocate and collect additional taxes, the report said.

For the quarter under review, businesses reported the second worst assessment of the returns on their investments in more than 10 years. Only 10 per cent reported that the return was better than expected, while 46 per cent said it was worse than anticipated.

Only the third quarter of 2009, at the peak of the worldwide financial crisis were assessments slightly more negative - eight per cent better and 49 per cent worse.

"These dismal profits will curtail firms' willingness to make new investments in 2013," said the report, developed for the Conference Board in cooperation with the Survey Research Centre, University of Michigan, and now in partnership with National Commercial Bank Jamaica.

It said that businesses continued to view prospects for the economy as quite weak, with half of them expecting conditions to worsen this year. Better economic conditions were anticipated by 30 per cent of firms, but the data suggest they expect the growth rate to be close to zero.

The survey found that the financial health of Jamaican firms was at its lowest point since the first half of 2009, with 40 per cent expecting their balance sheets to improve this year, down from 61 per cent the previous quarter.

At the same time, 24 per cent of businesses reported that their finances have worsened, up from 13 per cent in the third quarter of 2012.

For consumers, more robust economic growth and the creation of more jobs remain their top concerns.

Overall, 34 per cent of consumers are expecting economic conditions to worsen compared with 28 per cent that anticipate some improvement this year, the negative outlook explained by references to employment and government policies, the report said.

Fewer Jamaicans - 39 per cent compared with 45 per cent in the third quarter and 54 per cent at the start of 2012 - now expect income gains.

Vacation intentions as well as buying plans for homes and motor vehicles declined in the fourth quarter, the latter to its lowest level recorded in 10 years.

Fieldwork for the survey was completed on December 18, 2012. The Conference Board has been tracking business and consumer attitudes since 2001. The survey sample covers 600 persons and 100 firms.