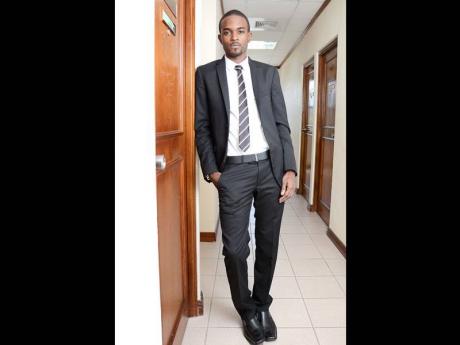 SIMILAR TO how an individual might borrow to purchase a house or a car or to start a business, the government of a country borrows on the country's behalf, thus accumulating public debt.

At the end of September 2012, Jamaica's total public debt was approximately $1.7 trillion. This amount includes principal (the original amounts borrowed) and interest accrued depending on an agreed interest rate.

Jamaica's total budgetary expenditure for the fiscal year 2012 to 2013 is $612 billion, of which, more than half is used to service debt, approximately $165 billion for wages, with just over $100 billion left for capital expenditure, in a country where the development efforts have been moving at a very slow pace over the last four decades.

The country borrowed to improve infrastructure and to build a platform upon which the economy could grow. However, there is no evidence of this platform or a decent infrastructure to validate all this debt that Jamaica has accumulated.

What is odious debt?

If a country borrows money and accumulates debt, and these funds were not spent to serve the general interest of the people of the country; the debt is classified as odious based on a theory from international law. The United States (US) was the first to employ the theory of odious debt when they took control of Cuba from Spain. All debts that Cuba owed to Spain were deem odious by the US on the grounds that the debt was imposed on Cuba by Spain and served Spain's interest rather than Cuba's.

Consequently, their debts were written off - no payments required. The situation arose again in the 1923 in the case with Great Britain versus Costa Rica. Debt was written off since the loans were used to finance activities that did not benefit the general population. Along with being odious, debt might also be illegitimate. In Jamaica for example, if there is reason to believe that any debt was accumulated along these lines; if loans received have been spent on activities that did not benefit the general population; then there is room to negotiate a strategic default similar to Ecuador in 2008.

What is a strategic default?

In 2008, the president of the republic of Ecuador, Rafael Correa, declared that the country will not repay its debts as they are illegitimate and odious, on the grounds that the debt was contracted by a corrupt previous government. Jamaica's neighbours Haiti also received debt write-offs in 2008 on the same grounds of illegitimate, odious debt accumulated by the previous governments.

Other countries for example Argentina, was not so lucky. Their default isn't yet definitive, they were recently ordered by US courts to pay US$1.3 billion owed to foreign creditors on bonds the country defaulted on in 2001. For this default, Argentina couldn't access loans from the international financial market for four years. And, although currently there is speculation in the international financial environment that Argentina might default again, the country is well on its way to economic recovery.

Can Jamaica make a strategic default?

From a rational point of view, the worldwide negative outlook on the resilience of the Jamaican economy means investors will invest here if they want to, with or without an International Monetary Fund (IMF) agreement. Furthermore, historically, the country has never benefited from any previous engagements with the IMF or any prior borrowing or the accumulation of loans.

The excess borrowing has not resulted in any significant growth and/or development. Jamaican governments have been mismanaging IMF agreements and mismanaging loan agreements since the 1970s, since the country borrowed, but does not have the correct platform for growth to show. With this in mind, the country does not have any guarantee that the present government will not mismanage any new agreements, and there is no guarantee of any sudden flow of foreign investment either.

What is the best decision?

The world knows there is a strong possibility that Jamaica can default. As such, ideally, Jamaica's best bet is to seek debt write-offs or debt relief on its current debt obligations and use these funds to invest in up-to-date infrastructure and computerised systems.

These will facilitate an efficient economy, where it is easier to absorb new technology and to transfer new information among consumers, businesses and the Government. Jamaica, however, cannot mismanage the savings from the debt relief. These funds can neither be mismanaged and/or embezzled. This strategy is Jamaica's best sustainable way forward. The country is far away from its long-run equilibrium level of output; therefore, there is massive room for infrastructural development, which if done properly, will set sail a new, positive, prosperous era so the country can repay its debts sustainably in the future.