Jamaica is not Greece! It's more like Japan - Fisher 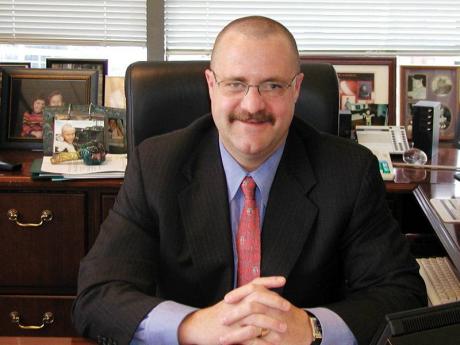 This article was originally published online on Wednesday, January 23, 2013.

Concurrently, Prime Minister Portia Simpson Miller, who described herself as the "female Lula" - a reference to the transformative former Brazilian president, Luiz Ignácio Lula da Silva - raised the issue of the pending International Monetary Fund (IMF) loan agreement but gave no new information on the negotiations.

"The negotiated IMF agreement, taken by itself, will not solve our problems. It will require a set of medium-term reforms that will help to stabilise the macroeconomic situation and reduce anxiety and uncertainty," the PM said Tuesday night at the opening of the Jamaica Stock Exchange Investments and Capital Markets Conference 2013 in Kingston.

"Yes, the IMF is important, but it is dependent on us to get it right and move this country forward," she said

Fisher's comparison of Jamaica with Japan, the world's third-largest economy, ostensibly aims to build a positive outlook for Jamaica, which is currently mired in uncertainty attributable to the absence of an IMF agreement.

"My ongoing annoyance is with the litany of economists comparing Jamaica to Greece. I am tired of it," he told the conference.

"I am very sick of the analogy between Jamaica and Greece. Because the truth of the matter is that both countries have very little in common."

Fisher said all three nations are among the world's most indebted but that Japan has more similarities, including lost decades of growth.

IMF-published estimates of the three countries' debt to GDP ratios places Jamaica at about 139 per cent for 2011-12; Greece at a projected 158 per cent; and Japan at 230 per cent.

Fisher said both Jamaica and Japan require a realignment of economic ratios, but that Japan has the luxury of time to print money while offering a low inflationary environment. Jamaica, on the other hand, requires "nasty medicine" to survive.

"A quick injection is exactly what the critically ill patient of the Jamaican economy needs to survive," he said. "It is time that Government makes the life-saving choices that they have begun to implement. But it's time for the people of this great land to get behind their elected leaders and fully understand the dire consequences of not doing anything," Fisher said.

A combination of capital spending on hotel projects, for instance, along with austerity measures are needed, he added.

Oppenheimer is also a main sponsor of JSE conference, which is staged annually in January.