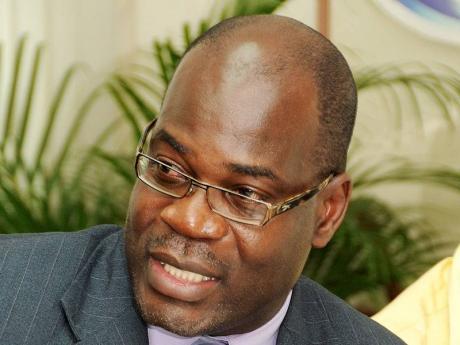 Police personnel assigned to the St Andrew Central Division are admitting they are at their wits' end in their bid to apprehend members of an ever-increasing group of self-proclaimed homosexuals who are allegedly wreaking havoc in the Golden Triangle and New Kingston communities of South East St Andrew.

Senior superintendent in charge of the St Andrew Central Police Division, Fitz Bailey, told The Gleaner that neither the residential community nor the business district has been spared the "wrath" of some of these individuals.

The Gleaner was called to a section of the community on Wednesday night where the situation exploded.

When contacted, Bailey confirmed that "there was an incident there".

He said during a dispute, one of the men in the group was doused with a flammable substance and set on fire as he slept.

Bailey told The Gleaner that others in the group became enraged and, in a semi-naked state, blocked and set fire to a section of Lady Musgrave Road.

The residential district of the Golden Triangle is bordered by Hope, Old Hope and Lady Musgrave roads.

Action must be taken

An onlooker who said she had millions invested in the area declared that action must be taken against the group.

"Me nah run way ... . The police are not sure how to detain them (homosexuals) when they are in breach of the law," the woman complained.

Bailey admitted that the police face a "major challenge" in dealing with some members of the group.

"They have six lawyers who are at their beck and call, so they are up in your face with their antics and the minute they are apprehended, one of the lawyers appears," he said.

Bailey said four of the homosexuals were killed in violent incidents within their group in 2012.

"They are nuisances to both the business community and residents. They chase away customers of (a nearby) bank and have vandalised Digicel's (New Kingston) building to the tune of $1.4 million," he asserted.

Public relations manager of Digicel, Jacqueline Burrell-Clarke, said the sexual orientation of perpetrators of incidents who are reported to the police by the company for investigation are not known to the company.

The proprietor of another major business establishment has added massive chains, as well as two security guards, after "evicting" the group from his premises on Retreat Avenue which is located between nearby Seymour Avenue and Old Hope Road.

Bailey told The Gleaner that the situation was getting out of control as the face-offs between the police and the mostly young men are increasing with frightening rapidity, a major dilemma for law enforcement.

Julian Robinson, the member of parliament for the constituency, to whom desperate residents have turned for assistance, said repeated interventions have failed to yield the desired results. Robinson has for several months been speaking out about the issue in various sections of the media.

Bailey said his team was also challenged with finding safe places for the "up-in-your face" antics of the offenders that render arrests particularly difficult.

The police officer was hesitant to speak bluntly, saying he was aware of the likelihood of unfounded backlash from the media as well as the gay community.

"Everybody is afraid to talk and when we do anything, we are told that we are being homophobic," he lamented.

He complained that he and his team have, in the past, been accused of expressing anti-gay sentiments. He characterised these attacks as constant obstacles in the attempts of the police to bring order to the community.

"When we take action, we are attacked," he said. "Many are really underage street boys who should not be placed in lock-ups with individuals," he said.

To compound the problem, Bailey said his ground officers were pulling their hair out in exasperation as each day they are confronted with severe challenges in finding safe places in lock-ups or jails to place errant homosexuals.

"I am being called there every single day as they have become increasingly outrageous, damaging everything in sight," Bailey said. "It is a real challenge apprehending them as we cannot willy-nilly place them in lock-ups in which they are likely to be harmed."

Added Bailey: "It is our duty to ensure that they are protected in our care, but the reality is that they face real danger when they are in lock-ups so, admittedly, this is a major challenge for us."

Robinson said the group comprises between 40 and 50 persons.

"Within the group is a small minority who are engaged in criminal activities including break-ins and larceny," said Robinson. "The main challenge that confronts us is identifying a location that is suitable and appropriate to house them as many are homeless."

Robinson told The Gleaner that some members of the group require counselling and other forms of intervention because they are from backgrounds where they have suffered abuse and, as such, have developed antisocial tendencies.

"Some of the young men are below the age of consent and are engaged in prostitution and other sexual activities that require the interventions of the Child Development Agency and the children's advocate," said Robinson.