Money in the music 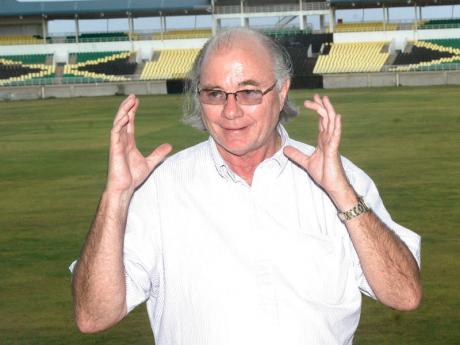 Jazz fest could be the world's biggest festival - Elmore

But he warns that a holistic approach has to be taken for its growth and development.

Speaking with The Sunday Gleaner during Friday night's session of the 2013 staging of the popular festival, Elmore, the CEO of the promoting entity Art of Music Production, said a lack of vision is affecting the revenue-generating power of Jamaican music.

"We are suffering from a lack of vision … plain and simple," said Elmore.

"If we begin to treat what we have seriously, we could become the biggest tourism destination on the planet, which would mean millions more in earnings."

Last year's staging of the jazz festival, which was headlined by superstar Celine Dion, attracted more than 30,000 fans.

Based on a formula which estimates that each visitor paid between US$300 and US$500 per night for hotel rooms, in addition to ground transportation and tickets to the festival, Elmore estimated that hundreds of millions flowed into the economy.

Entertainment promoter Worrell King, the CEO of King of Kings Promotions, which does the annual reggae show Western Consciousness, thinks Elmore's assessment is spot on.

According to King, Jamaica's music would have died long ago if it was not able to survive on its own.

"The music has basically been promoting itself," said King.

"What we need is a non-biased organisation to work on making local music as a tourism product … . I believe many more millions of dollars are out there waiting to be earned if we spend them developing this great product that the world wants."

Elmore argued that a proper national analysis needs to be done with a view of maximising the appeal and earning power of Jamaica's music.

"We need to step back and ask ourselves what we need to do from a marketing perspective to generate more global attention and getting more music lovers to come to Jamaica," said Elmore.

"I have had a plan for a long time, which is being reflected in the consistent product we have for 'Jazz Fest'. Others need to buy into the vision and make it a national effort.

"Right now, we have a diverse audience, but if we should focus on having a major reggae festival, there could be so much more we could offer," said Elmore. "Despite being the birthplace of reggae music and having some of its greatest exponents, Jamaica does not have the biggest reggae festival in the world," he argued.

"We have megastars promoting our music at all the major music festivals across the world, yet we are not paying much attention to them locally," said Elmore as he noted that within recent years Art of Music Production has been making a concerted effort to showcase Jamaican stars at the Jazz Fest.

"If our vision could be expanded to include more players, we could revive the respect for our music locally and further increase its appeal globally. That is what is needed to make Jazz Fest the biggest music festival in the world."

Prominent Montego Bay businessman Mark Kerr-Jarrett agrees that Jamaica is squandering a glorious economic opportunity by not fully utilising the tremendous earning power of its music and the natural appeal of the island.

"We have a genre of music that has a tremendous following all over the world," said Kerr-Jarrett, the CEO of Montego Bay's Barnett Estate Limited.

"If we should promote and market it properly, there are so many people all over the world who would be only too happy to come here and enjoy it.

"Without even fully extending our marketing potential, look at the impact Reggae Sumfest, the Jazz and Blues Festival and the other smaller festivals has been having, in terms of filling up hotel rooms and earning us foreign exchange," added Kerr-Jarrett.

"We have a special advantage because of our capacity to stage outdoor concerts all year round … we just need to develop our product and market it well to attract the lovers of our genre of music."