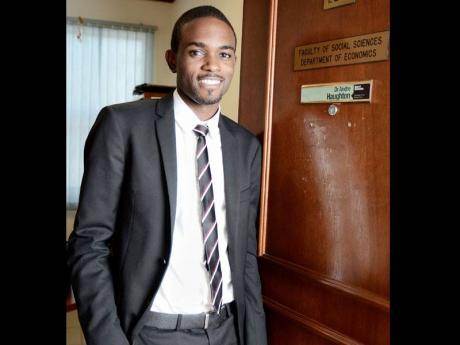 What are the different types of exchange rate regimes?

Jamaica, on the other hand, has a floating exchange rate. The exchange rate is determined by supply and demand. Though recently some commercial banks in Jamaica have been restricting the amount of foreign currency any individual can purchase to US$2,000 per day, the country's exchange rate continues to increase.

Is a high exchange rate dangerous?

Despite having one of the weakest currencies in the world at the moment, Vietnam's economy grew by 6.8 per cent in 2010 and 5.9 per cent in 2011, and although densely populated with a labour force of more than 48 million, its unemployment rate is just 3.6 per cent. Commercial banks' prime lending rate is high at 16.26 per cent, similar to Jamaica's 17.4 per cent. Their public debt to GDP ratio is 48 per cent, far lower than Jamaica's 130 per cent.

However, the country has a strong manufacturing industry, which helps to earn foreign exchange.

There are a couple of factors that help to determine a country's exchange rate: inflation, interest rates, terms of trade, current account movements, public debt, political stability and economic performance.

How is the dollar affected by interest rates?

Interest rates also have an impact on the value of Jamaica's currency, holding all other factors equal. When interest rates are high, investors should demand more Jamaican investments, because the rate of return is higher compared to other countries and, as a result, Jamaica's exchange rate should fall. However, in Jamaica and Vietnam, for example, interest rates are high and the exchange is also high. Therefore, the demand for investments are controlled by other factors including macroeconomic stability of the country.

Normally, countries like China devalue its currency, making its goods and services appear cheaper to foreigners so they sell more, which improves the country's economy. Unlike China, Jamaica will not benefit from such devaluations because the country does not produce enough to fulfil any increases in demand that may arise if its goods appear cheaper to the rest of the world.

What is the effect of trade?

High demand for foreign goods, relative to a country's supply of goods to foreigners, will have a negative impact on the exchange rate (current account). A deficit on this current account means Jamaica is spending more foreign currency than it is earning, since Jamaicans purchase more foreign goods than the country supplies abroad. This excess demand for foreign currency will increase the exchange rate.