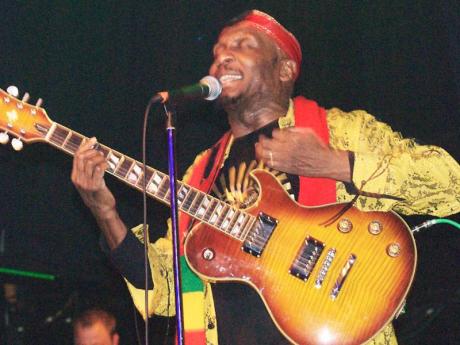 In spite of the exposure for Jamaica from an advertisement that German automaker Volkswagen has produced, there has been some controversy.

The advertisement, titled 'Sunny Side', features a white office worker by the name of Dave, who shares his new-found 'happiness' with his co-workers after driving a VW.

The legendary Jimmy Cliff, the star of the 1972 film, The Harder They Come and a Rock and Roll Hall of Fame musician, is the star of the ad, lending his voice to the the cover version of the Partridge Family theme song, Get Happy.

While the message the advertising is sending is not harmful, there are quarters annoyed over the use of the Jamaican dialect.

With international television outlets carrying stories about whether or not the advertisement constitutes racism and persons on social media joining the fray, Jimmy Cliff took to his Facebook page.

"I chose to record the song that's part of the Volkswagen Super Bowl campaign because it has a great message and it is something that people can apply to everyday life. I have travelled around the world many times, met all types of people and played in front of millions throughout my career. I have personally seen the positive effects of reggae music and Jamaican culture. I am a proud Jamaican and stand by this campaign, I feel like people need to focus on peace and unity. Blessed love," Cliff said.

Likewise, ATL Group and Sandals Resort CEO Adam Stewart also took to his twitter page in support of the ad.

"VW ad is GREAT. We are a loved nation for being happy people. Jamaica could never afford this level of exposure. Some people are too simple! ... Like happiness, Jamaican accents don't come in a colour! VW commercial's accent is almost as good as mine - the real ting", he posted.

According to online reports, VW America marketing officer Tim Mahoney stated that, "We actually talked to about 100 Jamaicans in the research, and we had a speech coach on site to make sure it was as authentic as possible."

The ad reportedly will cost VW US$7.6 million to show during Sunday's Super Bowl. It has already racked up over a million views since its release.