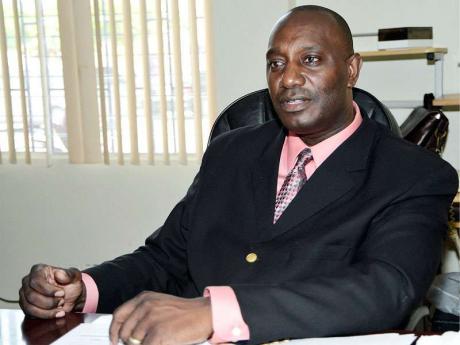 First vice-president of the Jamaica Athletics Administrative Association (JAAA), Dave Myrie, has underscored the importance of local track meets towards the sustenance of the island's track and field prowess and further development of the island's overall appeal factor.

The recently elected JAAA official was speaking at the launch of the Camperdown Classic at the Spanish Court Hotel on Wednesday, where he highlighted the value of the weekly development meets, along with major championship events.

"Track meets are not only significant mediums for the disciplined development of talent, but also for the promotion of commercial activities. They also provide the opportunity for the development of business and entrepreneurial interest," said Myrie, who is also principal at Kingston College.

"The JAAA uses development meets like the Camperdown Classic as a key linchpin in the development of our young athletes, as well as the positioning of the country as a lucrative sports event destination," Myrie noted.

"Athletes are able to showcase their talents, hone their skills and enhance their professional development," Myrie continued. "These meets also foster the unearthing of new talent. There is interplay and exchange among media, agents, sponsors, coaches, clubs, educational institutions, thus facilitating the business of sports."

The administrator also underlined the value of meets as a marketing tool and possible stimulant for a solid sports tourism and destination marketing sector.

Some 68 local track meets and road races make up the JAAA calendar and Myrie believes that their potential as a marketing tool for the island is strong.

"People in every nation love sport. Its values of fitness, fairplay, teamwork and the pursuit of excellence are universal. As sport becomes increasingly part of humanitarian and developmental work, as well as part of the corporate social practices of organisations, interested parties are anxious to explore its other potential, such as its role and contribution to destination marketing and tourism," Myrie pointed out.

"Indeed, sports events can yield extraordinarily high levels of tourism, media coverage, prestige and economic impact for the host community or destination," he continued. "Our successes in sports at the world stage, especially our indelible mark in sprinting, makes Jamaica ideally poised to attract international audience to our country."

Myrie was elected to the JAAA executive after a 195-116 win over Alfred Francis from the Lincoln Eatmon slate. He is the first vice-president of the Jamaica Paralympic Association and is also a director at Racers Track Club.