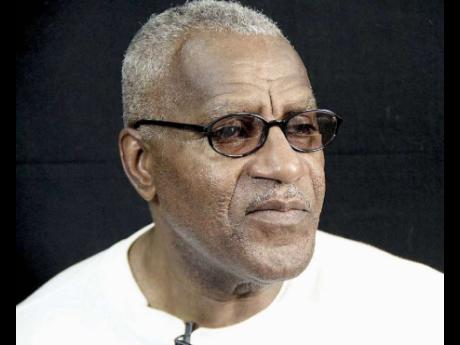 Alleged former Shower Posse gang leader Richard 'Storyteller' Morrison has returned to Jamaica bitter and ashamed of his political leaders who he says "betrayed, abandoned and sold me".

Back on local soil, after spending 22 years in a United States (US) prison, a relaxed Morrison proclaimed that he was pleased to be home a free man.

The prolonged embrace between Morrison and his mother minutes after he was processed and released by local police last Thursday spoke volumes of the relief of the man whose 1991 high-profile extradition generated a near five-year-long diplomatic stand-off between Jamaica and the US.

Morrison was whisked away to the US, in 1991, through what local officials described as "an administrative error" before his appeal against his extradition was completed.

"I am past bitter. I am embarrassed for these people who claimed to be scholars and claimed to have integrity," declared Morrison in an interview with The Sunday Gleaner immediately after he was deported to Jamaica.

"I have never dealt with a more corrupt set of people," he charged.

Storyteller spoke easily as he described his case from the one-year stay in custody in Jamaica to the prison bars in the US as an "extraordinary prosecution for an ordinary man".

He said: "I have been pursuing my due-diligence claim since 1991 to no avail. I can say that I have regained my liberty, but justice has eluded me to this day."

Asked how he felt to be back in Jamaica, Morrison declared, "Getting off the aircraft in Jamaica was entirely different from getting on another 23 years ago."

He added: "I was forcefully taken out of the country by multiple police officers in violation of my due-process rights. Although I told them that I had an appeal pending, nobody seemed to care.

"I was threatened with physical force, even the threat of death … if I refused to comply with their order to go with the US federal marshals."

Morrison charged that while he has interfaced with dishonest men in the streets, both in Jamaica and the US, nothing could be compared with the treachery he discovered in high places.

"This is the first time I had to rely on the 'trust' of persons who I did not choose to deal with," said Morrison.

"I have never dealt with a more corrupt set of people. Supreme Court case laws said it can't be done, but they did it anyway."

An obviously bitter Morrison had harsh words for the administration that was in power when he was extradited.

"I lost my liberty on July 4, 1990 in Jamaica and I was incarcerated until January 31, 2013 - unconstitutionally, I might add - by governmental actions from certain members of the previous P.J. Patterson administration."

Morrison charged that the Government of the day acted "in collusion with certain jurisdictional members of and executive branch members of the United States".

Morrison charged that his constitutional rights were breached on more than five occasions within the jurisdictions of both the US and Jamaica.

He pointed to what he said was a breach of his constitutional rights to due process in Jamaica, having been denied his right to appeal before being carted off to the US, as well as a violation of the extradition treaty.

Morrison complained that the US authorities also trampled on his due-process rights under the Fifth Amendment.

Most significantly, he contended, the US officials blatantly violated Article Three of that country's constitution when his case was tried in the wrong jurisdiction, despite the vehement protests by his legal team.

"In essence, I had been incarcerated on the judgment of a court that lacked the constitutional power from June 14, 1991 to January 31, 2013, when I got off that aircraft in Jamaica," said Morrison.

"What they did was not a mistake as case laws and the US constitution says it cannot be done, but they just threw everything out the window."

While he has vowed to continue his fight for redress, Morrison harbours other dreams.

Although the children he left behind are now adults, Morrison said he would be trying to get back as much quality time with them after he spent much of last Thursday being processed at Harman Barracks at Up Park Camp then at the Denham Town Police Station before being allowed to meet his family.

Richard Orville 'Storyteller' Morrison, then 40, and his associate, Lester Lloyd Coke, better known as 'Jim Brown', had been arrested on extradition warrants after United States law-enforcement agencies accused them of being the leaders of the notorious Shower Posse.

They were wanted for trial in south Florida, in connection with a number of gruesome crimes committed by members of the Shower Posse, which originated out of Tivoli Gardens in west Kingston.

Both were seeking leave to appeal their extradition orders to the Judicial Committee of the Privy Council of the United Kingdom.

Jim Brown perished in a mysterious fire, which gutted his prison cell on February 23, 1991.

On June 12, 1991, an admini-strative error in the registry of the Jamaican Court of Appeal - the misplacing of a document confirming Morrison's intention to appeal - led to him being surrendered prematurely to US law-enforcement agents.

The Jamaican Government made diplomatic and legal efforts to have the Americans return him, since he had not been legally extradited, but these failed.

In April 1992, he was tried in the Middle District Court, Fort Myers, Florida, and sentenced to 241/2 years' imprisonment without parole on cocaine charges.

At the time, the Morrison case generated a lot of discussion in Jamaica and in the US and escalated into an international dispute of sorts between the two countries, with the Jamaican Government complaining that there had been a breach of the extradition treaty.

Extraditions from Jamaica to the US were also suspended.

The stance of the US authorities then was that they were not going to release someone once that accused person was in the country, even if he had an appeal pending elsewhere and despite how he had got to America in the first place.

In June 1995, K.D. Knight, then minister of national security and justice, explained to Parliament Jamaica's position on the Morrison case and on the extradition treaty in general.

He said that on the instructions of Cabinet, the Ministry of Foreign Affairs had sent two diplomatic notes to the US government.

The first note brought to the attention of the US the fact that Morrison had been tried for an offence other than the offence for which he had been extradited in circumstances which constituted a breach of Article XIV of the extradition treaty.

The second diplomatic note proposed negotiations with the US to amend the extradition treaty.