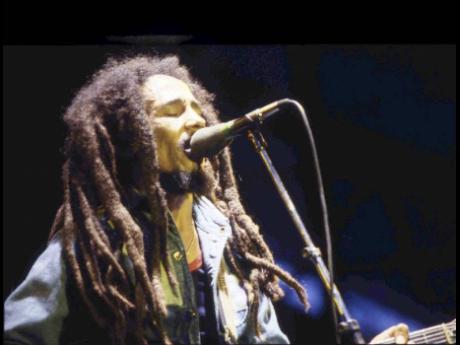 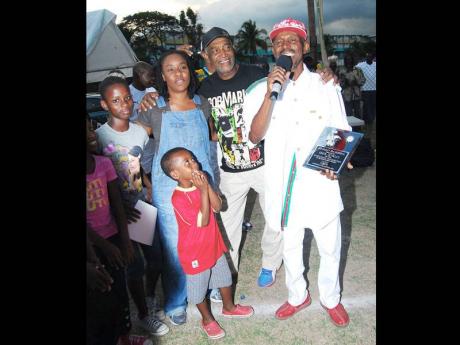 Reggae icon Errol Dunkley (right) sings 'Black Cinderella' and 'You Gonna Need Me', after being honoured at the annual One Love Bob Marley memorial football match between Masters and Celebrities and Entertainers at Constant Spring Complex last year. - Contributed by Devon Chin
1
2

Digicel will, for the third year in a row, host a free concert celebrating the life and work of reggae icon Bob Marley.

On Thursday at Emancipation Park some of the best acts in the music business will belt out hits and take the audience down memory lane with musical tributes to the reggae legend.

The concert forms part of Digicel's partnership with the Bob Marley Foundation to deliver a month-long series of activities planned to celebrate the King of Reggae during Reggae Month.

Digicel's sponsorships manager, Tahnida Nunes, said; "As we continue to support the promotion of our unique culture, we are very proud of our partnership with the Bob Marley Foundation, and we are happy to be on board to celebrate, arguably, one of the best performers this world has ever seen. Digicel remains committed to the preservation of our culture and celebrating this icon allows us to do this in a big way."

In expressing gratitude for the Digicel's partnership, Stephanie Marley, director of the Bob Marley Foundation said "We are definitely appreciative of the support we have been getting from Digicel. This year, we chose the theme 'Survival' and we think this is such a fitting theme, based on the crisis the world is facing. We believe strongly that as he (Bob Marley) said "Only the fittest of the fit shall survive", and we want to encourage our people to drive to be survivors."

There will also be a special performance by a winner of a Digicel Facebook competition.

The competition saw a Digicel fan getting the chance to win an opportunity to perform on the stage against the star-studded line-up.

Digicel will also be participating in the birthday celebrations of Bob Marley tomorrow at the Bob Marley Museum, starting with an early morning celebration at 56 Old Hope Road.

The celebration will culminate with the annual One Love Bob Marley football competition between masters and celebrities, to raise funds for charity.

Digicel customers will also be able to purchase Bob Marley songs as their InTunes RingBack tone, as well as selected images of Bob Marley as wallpaper.