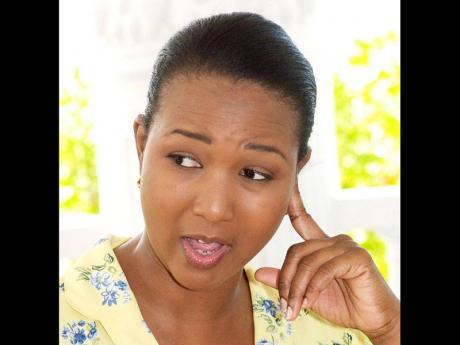 Mae Jemison during a previous trip to Jamaica in 2003. - FILE

Astronaut Dr Mae Jemison, the first black woman to travel to space, will be in Jamaica today as part of the United States (US) Embassy in Kingston's Black History Month celebrations.

While in Jamaica, Jemison will participate in a science diplomacy lecture at the embassy, designed for practising scientists, students, and educators of science and an official evening reception hosted by US Ambassador Pamela Bridgewater.

In a release yesterday, the embassy said Jemison's engagement was timely as it underscored other programmatic efforts of the US Embassy in the fields of mathematics and science.

"These efforts include the sports visitors' basketball/science programme and three summer workshops with math and science teachers, which illustrated techniques to teach mathematics though soccer, basketball, and track and field, held in 2012," the embassy said. "Notably, the embassy has invited students of junior high and high schools to participate in this lecture/presentation designed to promote the science, technology, engineering and mathematics (STEM) approach to learning.

STEM focuses on the use of science, logic and numeric concepts to promote and reinforce all aspects of learning in the formal educational system.

Jemison, who previously visited Jamaica in 2003, served six years as an astronaut with the National Aeronautics and Space Administration (NASA). She flew aboard the Space Shuttle Endeavour, STS-47 Spacelab (Japan) mission in September 1992 and was NASA's first science mission specialist performing experiments in material science, life science and human adaptation to weightlessness.