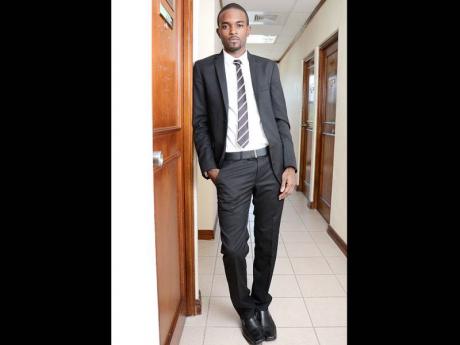 What's the value of the entertainment industry?

The global entertainment industry, including music, film/movie, comedy/plays and musical theatre, is valued at over US$2 trillion. The global music industry alone values more than US$200 billion.

With Jamaica's strong international market appeal, and international presence, the entertainment industry could be the right avenue to increase earnings for the country, if marketed and presented properly.

Super Bowl 47, which has the biggest half-time show of any sporting event broadcast worldwide, featured aspects of the Jamaican culture in a VW commercial as well as in Beyoncé's performance, providing evidence of our culture's popularity worldwide.

Today is the birthday of the great Bob Marley, the man who first popularised aspects of the Jamaican culture, including reggae music and the Rastafari movement, to the world. Jamaica should strategically position itself to take its share in this global environment where the country has not yet fully capitalised on its international market appeal.

Who benefits from the industry?

All benefit from the circular flow of money in the industry, working together to create, market and sell music locally and internationally. Fundamentally, the Jamaican party industry is categorised into stage shows, carnivals, festivals and events.

Currently, Jamaica has only one carnival and three festivals: Jamaica Jazz and Blues Festival, Reggae Sumfest and Rebel Salute.

These receive funding grants from the Government to help the flow of income in the industry. Season events like ATI and Dream Weekend in Negril, and Brit-Jam in Montego Bay, are major foreign-exchange earners for the country as tourists fly in to attend.

What about dance and parties?

Dance and other parties also contribute to the circular flow of income in the country, although it appears more could be done to get promoters in some rural areas more compatible with party regulation necessities.

Although the music is Jamaica's largest entertainment industry, Jamaica has a budding film industry as well. Movies like The Harder They Come, Third World Cop, Cool Runnings and Shottas all generated foreign revenue. Other movies like How Stella Got Her Groove Back; Lock, Stock and Two Smoking Barrels; and Marked for Death illustrate aspects of the Jamaican culture, which add to the country's international marketing appeal.

International comedians, for example Russell Peters and Borat (Ali G), use aspects of the Jamaican culture to provide humour in their entertainment, which is well received by international audiences.

Bearing this in mind, more could be done to develop a lucrative Jamaican movie industry. For example, in India, there is Bollywood, the film industry which got its name from American Hollywood. Also, in Nigeria, their movie industry Nollywood has been a growing industry, now one of the largest movie industries in the world, recording more than 200 films per month. Maybe Jamaica should follow suit and establish for growth its own film industry, Jollywood or Jamiwood.

Where are we headed?

The entertainment industry is strongly linked to tourism. Jamaica markets itself primarily as a sun-and-sea destination for tourists, and less emphasis is placed on entertainment tourism or music/reggae tourism. As a result, the country receives mainly tourists who travel here to escape the winter in their home country.

Jamaica has not yet found the formula to entice visitors to come here in large numbers in the so-called tourist slow season from mid-May to early November each year.

The ministry with responsibility for entertainment is now drafting a proposal to fill the gap in the excess supply of rooms in the slow season. The minister plans to call it '90 Days of Summer', which will mimic party destination environments such to Ibiza, Zante and Malia, and party cities like Cancún, Las Vegas or Rio de Janiero.

This "90 Days of Summer" will market Jamaica not just a sun-sea resort destination, but also as a party and entertainment hub, helping the country to capitalise more on its brand name abroad.