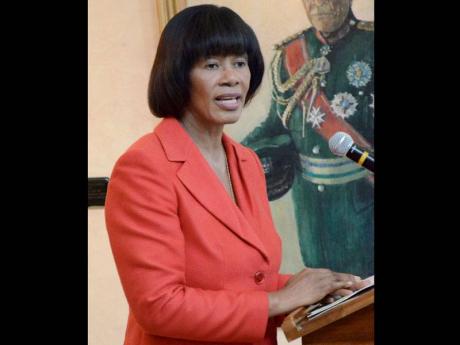 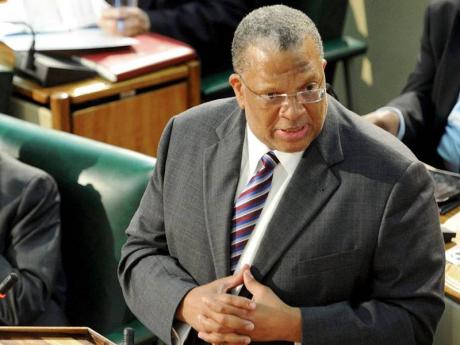 CASH-STRAPPED, debt-ridden and struggling to stay afloat, Jamaica is to embark on a second debt-exchange programme starting today.

In a broadcast to the nation last night, Prime Minister Portia Simpson Miller, with Finance Minister Dr Peter Phillips by her side, said the country was in a crisis and "we can only come out of this crisis by taking extraordinary measures with the urgency that the situation demands.

"The urgency of the situation demands a National Debt Exchange offer, which will be launched on Tuesday morning," Simpson Miller announced. "This National Debt Exchange offer is a critical component of both the IMF (International Monetary Fund) agreement and our Debt Reduction Programme. It can only succeed with the fullest cooperation of the broad financial sector and the support of the entire country," Simpson Miller said.

Phillips, whom Simpson Miller acknowledged was present to provide the details of the Government's economic strategy, said the National Debt Exchange offer was being launched with the support of leading private-sector financial institutions.

"Let me assure bondholders that there will be no haircut on their principal investment. This offer, which we urge bondholders to accept, will make possible the reduction of our debt-to-gross domestic product (GDP) ratio by 8.5 per cent or around $17 billion per year between now and 2020," the finance minister said.

He added: "Essentially, this programme exchanges higher-interest debt for lower-cost debt and will entail significant sacrifices from our financial institutions and the holders of our domestic bonds. It will be painful and difficult but we have no option."

Phillips admitted that many bondholders would have good reason to immediately respond to the announcement with a sense of disappointment, noting that "they recall that they made a similar sacrifice for Jamaica three years ago, when they were assured that their sacrifice would have put Jamaica on the path of growth and stability".

He said: "I am only too aware of the fact that for them to be asked to make another sacrifice at this time is a burden that will be hard to bear."

Jamaica had successfully engaged in a debt swap in 2010. Then, as a precursor to the 2010 deal with the IMF, the Government created the Jamaica Debt Exchange (JDX), which recorded a participation rate of 99.2 per cent and resulted in a notable change in the maturity profile of the domestic debt.

The average maturity of the domestic debt after the JDX increased to 8.9 years from 4.5 years, lowering pressures on interest rates and improving the Government's ability to respond to shocks.

The initiative generated interest savings of at least three per cent of GDP, through the reduction in interest rates, by seven percentage points and two percentage points on outstanding domestic and US dollar-denominated bonds, respectively.

The debt now stands at over 140 per cent of the nation's GDP - a figure the administration wants to move to 95 per cent within seven years.

"If the debt is not reduced, Jamaica faces a dismal future," Simpson Miller said.

The prime minister last night said that as long as Jamaica's debt as a percentage of the economy remains this high, the country's capacity for growth and development would be severely limited.

"With this debt, no administration will be able to provide the level of education and training required for Jamaica's labour force to meet the needs of the job markets," she said.

"With this debt, we will not be able to achieve the levels of productivity that will make our economy more competitive.

"With this debt, no administration will be able to provide and sustain the quality health-care service we deserve," the prime minister said.

Simpson Miller told the nation that there were "some very steep mountains to climb" and signalled that her administration would redouble its efforts to collect the taxes that are due to the state from every business enterprise and every individual.

"We will do all we can to provide more efficient, effective and considerate public service. We will lead the national fight against corruption to ensure that the public receives value for every dollar spent," Simpson Miller said.

She told the nation that the country would only come out of this crisis by taking extraordinary measures with the urgency that the situation demands.

The announcement of the second debt exchange comes after Phillips signalled the Government was contemplating a voluntary liability-management programme.

"... I think the sensitivities of this issue are such that misinterpretations, misunderstanding or misrepresentation, witting or unwitting, would be too great a risk to take, but I have said what I have said," Phillips declared last month during a post-Cabinet press briefing when asked whether there would be a JDX2.

In the meantime, ahead of the broadcast last night, Simpson Miller summoned key public-sector technocrats and stakeholders to a meeting at Vale Royal.

Opposition Leader Andrew Holness and his spokesman on finance, Audley Shaw, were also in attendance.