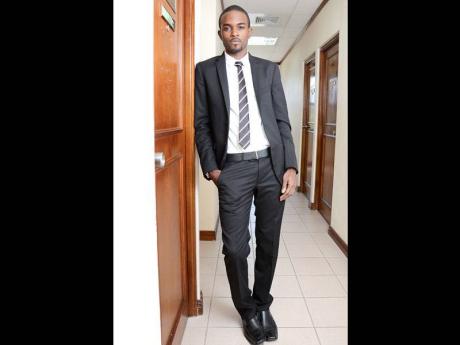 What is debt exchange?

A debt exchange is a process by which the government exchanges one type of debt for another. In this case, the debt exchange entails a lengthening of the maturity period of the debt instruments by three to five years on average and reducing the average interest rate by 1.7 percentage points from nine and a half per cent to 7.8 per cent per annum.

Of the $1.7 trillion the country owes in total, approximately $1 trillion is domestic debt, owed predominantly to our major financial institutions, including National Commercial Bank (NCB) and Scotiabank.

Of this $1 trillion of domestic debt, the Government plans to target $840 billion for the proposed debt exchange programme. Like the JDX of 2010, this new debt exchange proposes no reduction in the principal amounts borrowed, in other words no 'haircut'.

For the medium term, the Government also plans to reduce the public-sector wage bill from 11 per cent to nine per cent of GDP, scrap some waivers and concessions, and increase the primary surplus target from 6.3 per cent to seven and a half per cent of GDP for the next fiscal year.

All these are in an attempt to secure the desperately needed International Monetary Fund (IMF) agreement.

Overall, Jamaica qualifies to receive approximately US$1.3 billion of balance of payment support from the IMF. The previous Government already received $833 billion of this for the first JDX, which means Jamaica can only receive the remainder.

Currently, the country's gross reserves are US$1.8 billion, while the net reserves (NIR) are approximately one billion, which fell by US$116.53 million in January as predicted. Loan repayments on the amount received for the first JDX begins at the end of this month.

What are the consequences?

With the implementation of this new JDX, investors will receive less from their initial investments, but should be happy they will receive the full amount of their principal. Although, taking the net present value of money into consideration, their investments value less, receiving interest rate of 7.5 per cent should be sufficient.

The profit of the major financial institutions will be affected negatively as the JDX2 will also increase the risk of investing in local instruments, which might redirect investors to explore more foreign options. This will further impact our exchange rates negatively as well.

In the 'stock oriented' model of exchange rate proposed by Frankel (1983) and Branson (1993), advances in the stock market affect exchange rate through the liquidity and the wealth effects. A decrease in stock prices will reduce the wealth of local investors, which lowers their demand for money. The banks then react by lowering interest rates, which dampens capital inflows, reducing the demand for local currency and, therefore, depreciates the local currency.

Since domestic and foreign assets are not perfect substitutes, from the Portfolio Balancing Effect, as investors adjust their portfolio ratio of domestic to foreign assets in response to changes in economic conditions, the exchange rate responds accordingly.

How will it affect us?

In Jamaican, for every one percentage-point change in the exchange rate, the inflation rate changes by 0.2 per cent. Recall, during the original JDX the interest fell by about five percentage points and this did not provide enough breathing space for long-term growth, which is why the country is seeking a second JDX.

Notwithstanding this, this proposal appears to be the Government's best option to satisfy the IMF, while at the same time minimising the negative impact on everybody else. Public-sector workers especially will be at a disadvantage with wage freeze or reduction in the size of the sector itself.

Government proposes a committee to oversee and monitor the new proposals. In total, the new debt exchange is projected to save $17 billion a year in interest expenses, but the net savings for the country will be a little less given that the Government would have received 25 per cent withholding tax on these interest payments annually.

This should help to facilitate infrastructural development projects, including highway construction and expansion of wharfs and port facilities. These will improve transportation of goods and services, as well as prepare Jamaica as a trans-shipment hub given its strategic location, so that the country may benefit from the expansion of the Panama Canal.

The first JDX was classified as successful, yet the country finds itself in a JDX2. What is the measuring stick for a successful JDX2? What are the long-run objectives of the country? Will we find ourselves seeking a JDX3 in 2015? All this depends on how well this Government can manage and implement its plans. All in all, we have to constantly remind ourselves of where we want to be as a country and what is expected of us collectively.

What is the measuring stick for a successful JDX2? What are the long-run objectives of the country? Will we find ourselves seeking a JDX3 in 2015? ... we have to constantly remind ourselves of where we want to be as a country and what is expected of us collectively.