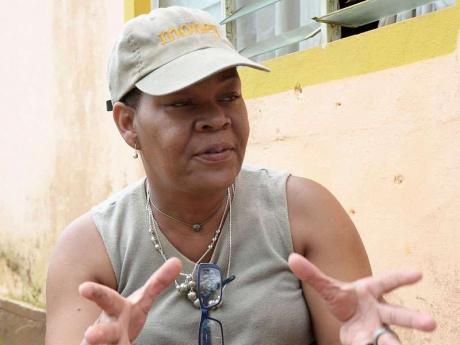 Yolande Coleman, who is suffering from bipolar disease. 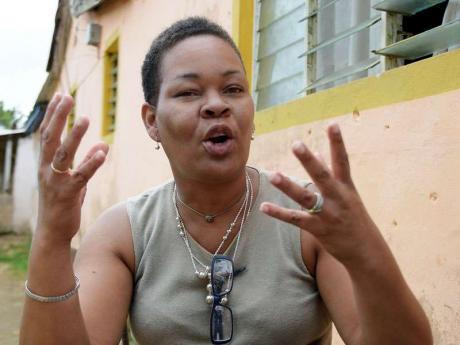 Yolande Coleman, who is suffering from bipolar disease.
1
2

She had no physical signs of any illness. But as she greeted The Sunday Gleaner team last Tuesday, she launched into rapid chatter which continued for several minutes. She spoke about several topics with consummate ease and knowledge, moving from impeccable English to equally impeccable French, as well as Patois in a short period, before coming to an almost eerie standstill.

Yolande Coleman is one of hundreds of Jamaicans affected by bipolar disorder, an often misunderstood and misdiagnosed psychiatric malaise which causes extreme mood swings.

The disorder occurs in three forms - mild, moderate and severe - and affects people of all ages.

However, it often takes many years for an accurate diagnosis.

Consultant psychiatrist Dr Wendel Abel said although there is no data to suggest how common bipolar disorder is, he is of the view that many Jamaicans are suffering from the illness in its mildest form.

"The people who tend to have this disorder are usually high achievers. It is, in fact, a disorder which the movers and shakers of this world tend to get. I believe that there are a lot of persons walking around with a mild form of bipolar disorder, but living fairly regular lives," Abel told The Sunday Gleaner.

Coleman's rapid speech and excitable behaviour and near silence in one breath are giveaway symptoms of the disorder at the severest levels, according to Abel.

"It is what we call a mood disorder. It affects your mood. So the persons with the disorder are what we say in a very elated mood. They seem very upbeat and excited all the time.

"They may get very involved in pleasurable activities, especially activities that will cause harm, so they will do drugs, engage in risky sexual behaviour, have the tendency to drive fast, gamble a lot and spend excessively," said Abel.

That description fits Coleman perfectly and Abel is not surprised.

"There is also a decreased need for sleep; you keep working and exist on two to three hours of sleep, working long hours without rest. You lose your inhibitions and may just display inappropriate behaviour.

"It's not uncommon for someone to make inappropriate sexual comments or passes at people either," added Abel.

He noted that when persons have this condition, their brain speeds up, so the medical treatment is to slow it down with drugs.

"There are two phases to the disease, because on the one hand you get these highs, which is the manic phase, and then you get these low phases where the brain slows down and you get depressed," Abel explained.

According to the consultant psychiatrist, during this phase the individuals may attempt suicide.

"A lot of high-energy individuals fit the profile of one form of bipolar disorder but are living adjusted lives. The problems occur when the behaviours become disruptive,"said Abel.

Medical treatment by way of injections and tablets is available to help slow down the brain and restore balance.

It is estimated that some five million Americans are living with bipolar disorder.

They include academy award-winning actress Catherine Zeta-Jones, Mariette Hartley and Linda Hamilton - best known for her role as Sarah Connor in Terminator and Terminator 2.

Television journalist Jane Pauley, 20th-century English novelist and essayist Virginia Woolf, legendary artist Vincent van Gogh who painted some of the world's best-known works, Irish singer Sinead O'Connor who often made headlines in the late 1980s and 1990s with her grammy-winning songs and rebellious attitude, and Belgian kickboxer Jean-Claude Van Damme are also said to be living with this condition.

Three decades ago, Yolande Coleman was full of energy, excitable and a bubbly hazel-eyed 10-year-old walking easily on the balls of her feet - one of the requirements for being the perfect ballerina she was training to be.

In no time, she perfected the art and by the time she reached Manchester High School in Mandeville, from Belair High (also in Mandeville) she glided along the corridors of the school on the balls of her feet.

But her hazel eyes would glint easily in anger as she rushed to her defence over the simplest remark from teachers and classmates who thought she just loved to 'chat'.

Be it classmate or teacher, they were always on the losing end of a verbal matchup with the chubby teenager.

Teachers worried that she was disrespectful.

But the angry glint in her eyes could transform within minutes to laughter and excitement and instead of angry eyes, they would dance with laughter and mischief.

What many thought was teenage angst was the manifestation of bipolar disorder. Now at 40 years old, she is finally diagnosed and learning to live with this condition.

"I was diagnosed while overseas several years ago. That diagnosis and knowledge of the disease helped me put into perspective many of the things I did and also what I was doing," Coleman told The Sunday Gleaner.

"I won't tell you that the diagnosis helped me understand myself better because I am by nature a complicated person. But by God, at least I know that something was really wrong, and as Shaggy said, 'It wasn't me'.

"I remember taking my parents' chequebook and writing cheques to get plums from the man who sold plums at the school gate. Tell me if that wasn't genius. I mean, who would have thought to do that. But I did.

"But, it was after my diagnosis that I understood the little things I did as a child. It also helped me understand the things I didn't do were not because I was a 'cruff', as I was told that I am," she explained.

Her eyes and voice reveal much of the pain she has endured over the years, even as she exhibits aeons of energy in spurts and depression at the bat of an eyelid.

She spoke candidly about her storied life, her illness, disclosing behaviours that would make most stomachs churn.

An extensive traveller, she has excelled in the tourism industry, but was unable to last more than two years at any one job.

After leaving the sector, she worked at a number of other jobs, babysat for some of the rich and famous in the USA, but not understanding the ease with which she would "get into trouble" and lose her job.

It was during one of her infamous job dismissals that she was diagnosed.

She spoke of incurring thousands of dollars in credit card debt, explaining that, "I just didn't understand how the more I had, the more I wanted, and much of it I really didn't want."

Her first hospitalisation was frightening.

"I woke up from days in a coma when a patient jumped in my bed at the hospital and frightened the daylights out of me. That's when I knew where I was. And that was at Ward 21 at the University Hospital of the West Indies."

She would spend 10 unrestrained days in hospital, but the main hurt was "to be described as being of unsound mind".

Coleman said it was difficult growing up in a household with two siblings and being the only one to 'answer back' adults and question everything.

She still thinks her parents are overprotective, but acknowledge that they want the best for her.

They currently care for her teenage son, who has accepted her illness even as he deals with teenage issues.

Love of her life

Yolande has abandoned the 'comfortable' home she lived in while at high school and now lives in modest conditions with the family of the man she calls "the love of my life".

"Love is the person who waits the longest," she said of her boyfriend, whom she refers to as 'Wizzy'.

"I have never seen a more patient man. He has the same phone number for seven years, and there are times when I get an episode.

"He knows how to calm me down, and when I have to go to the clinic, he makes sure that I go and get my medication. If that is not love, then I don't what is," she stated.

Consultant psychiatrist Dr Wendel Abel has described individuals with the disease as having disruptive mood swings which include a frenzied state known as mania, which is alternated with symptoms of depression.

According to Abel, bipolar disorder is defined by the presence of one or more episodes of abnormally elevated energy levels, cognition and mood, with or without one or more depressive episodes.

"You need to make the point that this disease does not affect their intellectual function at all," Abel stated, and that is true of Coleman, who is comfortable speaking, English, French and Patois.