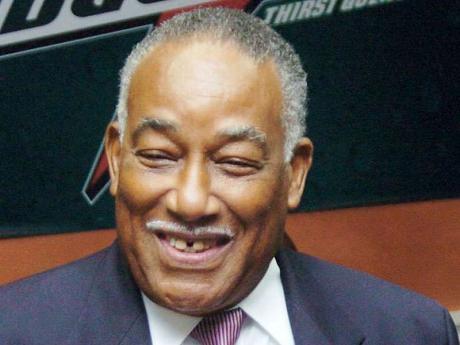 Neville 'Teddy' McCook lived his life to the fullest. He was a sportsman for all of it, or at least for the many, many years that I knew him.

It was obvious that McCook, along with Burrowes, was the man with the ideas.

Sitting, and talking, with Teddy from those days, it was also obvious that he was one of a kind, a visionary, an administrator beyond the ordinary, a perfectionist, an authority, on everything, and a man who is never satisfied, who never takes no for an answer as Prime Minister Portia Simpson Miller and Olivia 'Babsy' Grange have said, and as his colleagues such as Dr Warren Blake, Don Anderson, and Rainford Wilks have repeated in the last few days.

I found out, quite early, that although Burrowes and Hall also were affected by it, McCook had it badly. He was a Kingston College man more than any, not more than principal Percival Gibson who was Anglican Bishop of Jamaica but more than others like Burrowes, Hall, Howard Aris, Churchill Neita, Stratton Palmer, and many, many hundreds, or thousands more, of KC old boys.

When McCook was born, purple blood, mixed with a little white, probably flowed through his veins, and on seeing it, God, also probably, or may be Bishop Gibson, took him in his arms and whispered, "Son, go thou and represent KC like no boy, or man, has ever done."

McCook played football for the school and he ran for the school, he served on the school board, he even selected headmasters for the school, and all in all, he was 'Mr KC' as he represented them as a Melbourne footballer, as secretary of Kingston Cricket Club, and as president of the then Jamaica Amateur Athletic Association.

He stepped out beyond that, however. He served track and field, and Jamaica, as the secretary general of the Jamaica Olympic Association, as a member of the International Amateur Association Federation's Council, and as president of the North America, Central America and Caribbean Area Council (NACAC).

He also, most creditably, founded the Gibson Relays in memory of Bishop Gibson and for the benefit of Jamaica's track and field, and in an everlasting testimony to his belief, he fought for the guidelines for the National Senior Championships.

It was simply that an athlete seeking to represent the country, wherever they are coming from, must participate in the championships, and that athletes, whoever they are, must be selected based on performances at the trials, barring exceptional and unforeseen circumstances.

It was nothing more and nothing less. There were no favourites.

There was an era, now long gone, when athletes from overseas sent in false data as to what they had accomplished during the last year, turned up at the meets, did not perform, or were injured and did not run, and ended up on the team, or expected to be on the team.

McCook, after a hard fight and a few disappointments, put an end to that.

'Teddy' was truly a KC boy who grew into a man. He was confident, when he asked for sponsorship, or for a worthwhile donation, he behaved as if he had already got it, and when he finally got it, he used it wisely and as promised.

Football was probably his first love, and he would talk you to death about his favourite 'Gunners', his beloved and great Arsenal from North London and their great moments and great players.

Neville 'Teddy' McCook is gone, but his accomplishments live on. Because of his vision, his hard work, and his administrative ability, his authority, his passion, and his ability to fight on regardless, he is numbered among Jamaica's greatest sports administrators.

He was, as they say in Jamaica, a hard and tough little man.