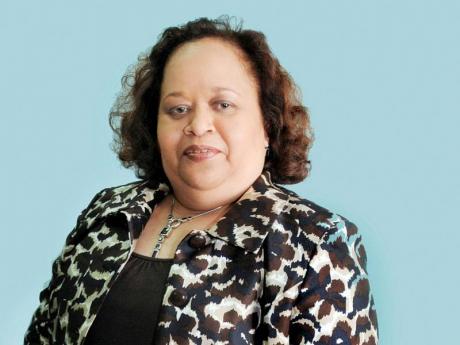 She may only be only five feet tall, but Denise Lyn Fatt epitomises the Jamaican saying 'likkle but tallawah'. The no-nonsense businesswoman, who has been in the shipping industry for 36 years, is the first female vice-president of the Shipping Association of Jamaica (SAJ).

Her career in the shipping industry began right out of university, having been offered a job in sales at Newport Warehousing Ltd, better known then as 116. Her search to locate the company on her first trip to the port took some doing, but she has since mastered the business of shipping locally, regionally, and internationally.

"Shipping is my world. It's in my DNA," Lyn Fatt declared. She quickly made her way up the ladder from her first job in sales (warehousing and consolidation) to operations as traffic manager and then general manager of a local agency before starting her own business - Freight Handlers Limited - with her husband in 1988. In the early 1980s, Lyn Fatt left the industry for one year to work in purchasing at UNICEF.

Of her journey and success in the industry, she says it's because of her love for shipping. "For most people I think it's cut and dry. Within the first few months in the industry, you know whether or not you are going to like it, and you either love it and stay, or you leave," Lyn Fatt said, adding that the stay in the industry is a long one for those who love it.

During her 36 years in the industry, she has witnessed many changes. These include the implementation of the International Ship and Port Facility Security Code (ISPS Code) which saw increased security at the port; upgrading of the equipment now used in port operations; the first consolidated cargo containers being exported to Caribbean islands from Kingston; and the computerisation of the Port of Kingston.

"There have been many technological changes over the years, and I hope to see the port community system come to fruition. I'm excited about that," Lyn Fatt said.

As a female operating in a male-dominated industry, she has never been daunted by this. Her influences over the years have included her parents Winston and May Golden, Joy Worton, the late Captain Harry Worton, Gerald 'Jerry' Lesnik, and Manny Offen. "I enjoyed being able to speak with each person and learn from their perspective," Lyn Fatt said.

Humbled by her election to the post of vice-president of the SAJ, Lyn Fatt believes the title shows where women have reached in the industry. "The association is now 74 years old. It was predominantly male dominated and now we have more women in the industry. I think it's only natural that at some stage a woman would have become vice-president and eventually president of the association," Lyn Fatt said. She, however, noted that the position does not necessarily define the place of women in the industry as there are women, who, over the years, have made strides in the industry but who may not have been recognised with a title.

Looking to the future of the shipping industry, Lyn Fatt says the country definitely has to look towards the establishment of Jamaica as a shipping centre and all that goes with this such as dry dock facilities, bunkering facilities, the development of logistics parks, and more free zone areas. The development of Jamaica's Ship Registry, though ongoing, is also of importance, she noted.

Lyn Fatt pointed out that emphasis also has to be placed on education and training. Additionally, she believes that incentives should be provided for local businesses. "I think we need incentives to expand our businesses to allow us to invest more in our country and our people as this is a critical part of our country's growth," she said. This, she pointed, out would help the country to meet its growth targets for the next 50 years and onwards.

The newly elected vice-president of the SAJ plans to work assiduously to bring more cohesiveness to the membership of the association and to work on projects that will be to the benefit of the country. She will directly oversee the agents' committee and is also part of the industrial relations and finance committees of the SAJ. "Training is also near and dear to me, so I will also be focusing on that as well," Lyn Fatt said.

When not busy with the day-to-day operations of her business, she likes to spend time with family and friends, read, listen to music, and travel. She is married to Neville and has one child, a son, Yannick.