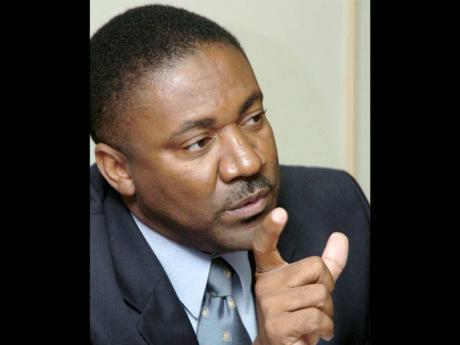 Energy minister Philip Paulwell yesterday announced a counterintuitive measure that will delay the vetting of new power plant proposals in order to fast-track their approval.

The electricity regulator Office of Utilities Regulation (OUR) will now advise Paulwell on the acceptance or rejection of proposals by March 30 instead of the original month-end deadline.

The extension saves these projects from a lengthy retendering which could last years. Such a delay would stall plans to slash the island's high energy costs while threatening future blackouts.

"I have enabled them with a further period of time to the end of March to do their contemplation. They have received from JPS (Jamaica Public Service Company), and others, new proposals and they wish to study them carefully because the OUR and myself agree that time is of the essence, and we do not want to lose any more time - because the decision has to be taken now," said Paulwell on Tuesday at the Jamaica Chamber of Commerce forum on energy in Kingston.

"And rather than start the whole process again, once there is a prospect of pursuing a path of lower electricity prices, we want to implement it quickly," he said.

JPS, the monopoly power distributor, submitted a proposal that incorporates an undisclosed fuel source as an alternative to its 360-megawatt natural gas plant, but the OUR requests additional information.

Approving these plants would usually result in public procurement of a fuel supplier which could take months or years. Paulwell would obviate this process via parliamentary approval.

"You could treat a proposal as an unsolicited offer, at which time, the Government can sign off on it and forego the need for procurement," he explained.

The OUR will allow JPS until Friday, March 15 to submit details of an alternative proposal for provision of electricity-generation capacity. This was in response to a letter, containing a broad summary of its latest offer, sent on Thursday, January 31 by the JPS.

"The JPS and its stakeholders had missed its deadline of Wednesday, January 30 to complete the requirements under the request for proposal (RFP) for the 360MW project, and so the alternate proposal could not have been considered within the context of the RFP," said the OUR in a media release on Tuesday.

The OUR said several other companies have expressed interest since the termination of the RFP process. Those companies also have until March 15 to "concretise" unsolicited submissions into firm proposals.

The OUR release stated that JPS missed another deadline granted to facilitate the provision of project details, including pricing and supplier.

"This was the third extension granted by the OUR to JPS ... . They were given until January 30, 2013 to complete the outstanding matters relating to the bid," said OUR.

In late 2011, JPS was awarded the right to construct a 360MW plant, which followed the issuance of an RFP from the OUR. The plant was supposed to be the largest of a planned 480MW programme.

The 360MW would have replaced old power plants with units fired by cheaper fuel, and add new capacity to the grid to maintain pace with the national energy demand.