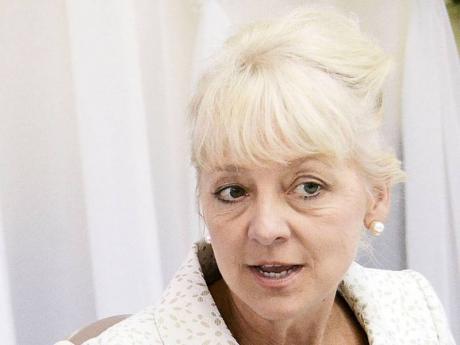 Kelly Tomblin, JPS president and CEO, all but blamed the losses on "reduced consumption, at least for paying customers". She spoke at the Jamaica Chamber of Commerce forum on energy at the Knutsford Court Hotel in Kingston.

JPS revenues dipped by almost US$12 million to US$1.14 billion (J$106b) for the year, according to financials published on the Jamaica Stock Exchange.

Dividend payments to its Asian and Jamaican owners were slashed year-on-year resulting in a more than 200 per cent rise in cash to US$27.7 million for its year ending December 2012.

The power utility paid out US$5 million in ordinary dividends compared with US$44 million a year prior when net profit amounted to US$34.35 million.

The utility is owned by Japan's Marubeni Corporation, 40 per cent; South-Korea-based Korea East-West Power (EWP), 40 per cent; Government of Jamaica, 19.9 per cent; while 3,000 shareholders own the remaining 0.1 per cent of the shares.

EWP became a shareholder in April 2011 when it acquired the 40 per cent stake previously held by Abu Dhabi-based TAQA.

The company recorded a slight increase in fuel costs which totalled US$777 million for the year ending December 2012, compared with US$765 million in the prior year. Such costs are usually passed on to customers.

Working capital also increased to US$147 million from US$139 million year-on-year.

Equity increased US$7.6 million to US$387 million year-on-year.

The cost of fuel, as well as old inefficient plants, has weighed on the company's service delivery and its bottom line. JPS has presented Government with its own proposal to develop a new energy plant but has not disclosed the proposed fuel mix.

The OUR says it will respond to that proposal, as well as others from potential investors in renewables, in March.