New Caribbean movie to be released in Jamaica 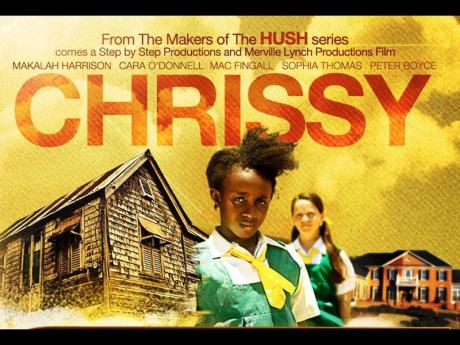 After the successful run of the award-winning Caribbean films Hush 1, Hush 2 and Hush 3 in cinemas and schools across the Caribbean region, Step by Step Productions in association with Merville Lynch Productions is pleased to bring to the Jamaican audiences a new film - Chrissy.

Chrissy is a film about bullying at school, relationships and the determination to succeed despite harsh conditions. It is an inspirational and educational film, which chronicles the story of a poor, 10-year-old girl who, through her strong faith and academic aspirations, overcomes issues of poverty, discrimination and bullying to help herself and her family.

Chrissy premiered in England, Canada and Barbados in the month of November 2012, and is currently having a successful 10-week run in the Olympus Cinemas in Barbados.

Due to the educational nature of the film, the Ministry of Education in Barbados has also allowed primary- and secondary-school children to view the film during regular school hours, and more than 67 schools have seen the film so far.

Barbadian comedian and actor Mac Fingall said, "I thoroughly enjoyed working with the entire cast, especially the children. It was heartwarming to see the confidence and talent of these very young people."

Marcia Weekes, the Jamaican director of Chrissy and the Hush movie series, commented in a recent interview that "this film has afforded me the great opportunity of working with some of the best Caribbean actors".

Executive director of the film, Dave Weekes, added "The involvement of Jamaicans, Barbadians, and Guyanese among the production crew is evidence of the quality of work which the region can produce. Chrissy will warm the hearts of many and even move some to tears."

The movie premieres at the Palace Cineplex on Tuesday, March 5, at 7 p.m.

Students have the opportunity to see the film from March 11-March 29, at Palace cinemas across Jamaica.