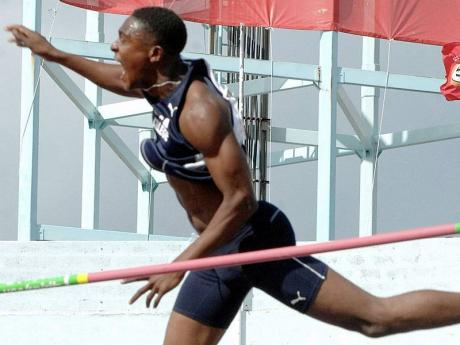 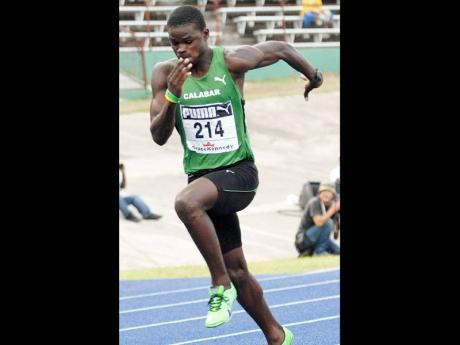 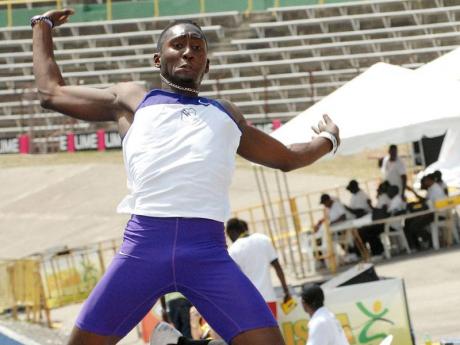 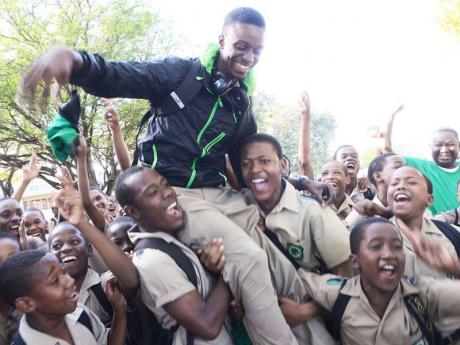 With the Inter-Secondary Schools Sports Association (ISSA)/GraceKennedy Boys and Girls' Championships three weeks away, anticipation mounts for the impending fierce battles for the coveted titles at the National Stadium from March 12-16. The preparation efforts by participating schools are being matched by those working to ensure that clashes are confined to the track and the field and that they do not spill out on to the capital's streets.

The 'Peace for Champs' initiative, which is being spearheaded by the St Andrew Central Police Division, has taken up the mantle of fostering harmony among schools and, in particular, traditional rivals prior to, during and immediately following the championships.

"The Peace for Champs campaign is really an initiative from the schools and the police, and we (ISSA) endorse it," stated George Forbes, competition director at ISSA. "For the last three years we haven't had any incidents at Champs itself, but we can't take any chances. We still have to do what we have to do; sensitise people and educate people and so on. Every year security will be tighter and tighter."

Peace for Champs began in 2008 in response to violent clashes between some Corporate Area students. One such incident left four schoolboys from St George's College and Kingston College (KC) nursing injuries after being the victims of stabbings and beatings.

Jamaica College's (JC) principal, Ruel Reid, whose school is the current holder of the trophy for the most peaceful school, is taking some credit for the initiative being started.

"JC must be credited for pioneering this effort, because we are the ones, if you check the records, who introduced this initiative with Calabar and KC," Reid informed. "The police have taken it over subsequently, which is very good … . I am very happy that it has evolved to what it is today."

"(It) was started because of the violence, especially with the top-ranked schools, JC, KC, Calabar, in that time," Sergeant Slorene Carl, divisional coordinator for the Safe School Programme St Andrew Central, and sub-officer in charge of Community Safety St Andrew Central, said. "We had a lot of conflict, especially in Half-Way Tree (HWT), and Senior Superintendent Terrence Bent at the time, as a past KC student, saw it fit to introduce the initiative."

Senior Superintendent Fitz Bailey, who is head of the St Andrew Central police, in whose division sits the HWT Transport Centre - which has been the scene of incidents related to Champs violence - is looking to seize the opportunity to build a good relationship with the youngsters and break the stigma often attached to law enforcement.

"It is a great opportunity that we must exploit and we have the Community Safety and Security Unit within the St Andrew Central Division that is actually leading on that initiative," Bailey said.

JC's head boy, Gavin Samuels, believes Peace for Champs, which has as its slogan 'Peace - Mek it Work Fi Wi', has "been working", while Calabar's head boy, Stafford Duncan, would love to see it being a yearlong campaign.

"I am satisfied with what is being done, but I would love if the campaign could be a yearlong thing instead of us just saying peace during Champs season, but schools saying peace throughout," Duncan said.

KC's principal, Dave Myrie, who also served as chairman of Champs, believes it is not the athletes who are to be blamed for the incidents of violence, but the non-athletes and supporters of the various schools.

"The interesting thing is that the athletes are all friends from the rival schools," Myrie shared. "The persons who are fighting are not the athletes, but are those stupid persons who, to me, have no place in there, but the Peace for Champs initiative has gone a far way in helping to take down the ante and let people know that it is all about peace."

The campaign got under way earlier than scheduled this year after two injured Calabar boys had to be rushed to hospital in January following a fracas with JC students at the Half-Way Tree Transport Centre.

"As soon as that incident occurred in the bus park, we immediately had devotion at Calabar and that is where we started this year's Peace for Champs campaign, because we weren't scheduled to start it until early February," revealed Joel Nomdarkham, KC's head boy and vice-president of the Peace for Champs initiative.

That devotion was one of many slated to be among this year's activities. A prayer breakfast was also staged last week Friday. Other activities include an expo and the award ceremony for the peace song competition on March 8 at the Half-Way Tree Transport Centre, while the Peace for Champs committee will participate in ISSA's parade of schools on March 13, with the peace march set to follow two days later.

Since January, the campaign has gone into seven schools promoting peace, three of which have been non-traditional high schools.

"We have 30 schools on board with us, even as far as Kingston west where we have Trench Town Comprehensive High School and Charlie Smith," Carl highlighted.