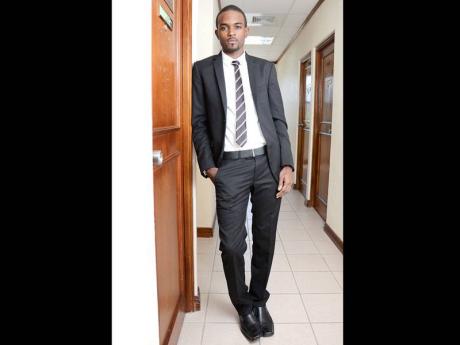 Where is Jamaica now?

TOMORROW IS the deadline for investors to agree and submit to the conditions of the National Debt Exchange (NDX) (JDX2) necessary to help the country receive the US$750 million from the International Monetary Fund (IMF). Along with this NDX, the Government has proposed additional taxes, including increasing education tax, increasing tax on dividends and increasing custom duties, which they believe will reduce the country's total debt stock, thereby reducing the debt-to-GDP ratio necessary to put the country on a sustainable growth path gradually. The new tax measures are estimated to add approximately $16 billion to tax receipts per annum.

What's the effect of these taxes?

For producers, tax increases such as education tax or customs duties will increase the cost to production (labour and capital), who might respond by laying off workers to cut cost. Complementary capital goods, which are necessary to improve firms' production process in particular, cannot attract high import duty as this defeats the purpose of growth efforts. Increased import duty means an increase in the cost of capital to the firm; start-up cost also for new firms are higher; firms have to seek more capital in an environment where the average lending rate is in excess of 17 per cent per annum.

This increase in taxes will have a double negative effect on any growth prospect of the country.

1. It might reduce tax revenues since fewer people are employed and production levels might be lower, given that total demand is lower.

2. If employment increases, it could lead to an increase in crime as people hustle to survive.

Increasing education tax will have a negative effect on people's disposable income while, at the same time, increased custom duties on imported consumption goods that the country does not produce will artificially inflate prices. STATIN reports that the inflation rate for January is 0.7 per cent, price stability depends on the stability of the exchange rate.

What is the role of the exchange rate?

Now, the exchange rate is approximately J$95 to US$1, which shows a 6.6 per cent increase from September 2012. This, based on the indicator, will increase Jamaica's external debt stock by 3.3 per cent. Recall, the exchange rate, compared to the US increase, from $87.30 to $89.9 to US$1, between March and September last year, which resulted in a 1.5 per cent or $25 billion increase in Jamaica's external debt payments. The rapid decline in the value of the dollar is resulting in a more rapid increase in the value of the country's external debt requirements.

From a supply side economics, the best way to reduce debt is to grow the economy. Any attempt made to reduce debt, by increasing taxes, will reduce economic activity, such that GDP falls as well.

Note, if the debt falls and GDP falls as well, at similar rate, the debt to GDP ratio will remain the same.

Research in the US shows that efforts to reduce debt, by increasing taxes, further results in a fall in GDP or total production of the country. It is clear that exchange-rate devaluation is increasing the external debt requirements gradually.

Jamaica should bear in mind that the total debt stock is not only domestic, but is also affected by foreign exchange problem.

Instead of increasing tax rates, which will severely affect those who are already paying, and also reduce productive efforts of firms, the aim now should be to stabilise the value of currency by improving the avenue for foreign exchange receipts.

As the exchange rate continues to fall and the debt crisis worsens, policymakers sometimes believe the lack of growth is due to fiscal limitations rather than from foreign exchange problems.

Results from Bacha, (1990) looking at foreign transfers and GDP growth found that developing countries with high debt problems should focus on exchange rate strengthening rather than increasing taxes, as increasing taxes worsens the debt and does not increase growth significantly.

Jamaica has a tax collection problem due to inefficiencies in the system. The country has not yet explored the full potential of the current tax mechanism.

Therefore, along with strengthening the currency, improving the collection system should be priority, not increasing the rates, as this does not guarantee an increase in receipts since there is a collection problem.

It is like trying to fetch water from a well using a bucket that has holes in it. If you increase the size of the bucket without increasing the flow of water to the well, there is no guarantee that the amount of water fetched over a period of time will increase unless the holes in the bucket are patched.