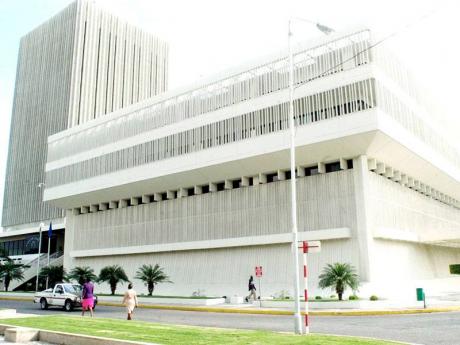 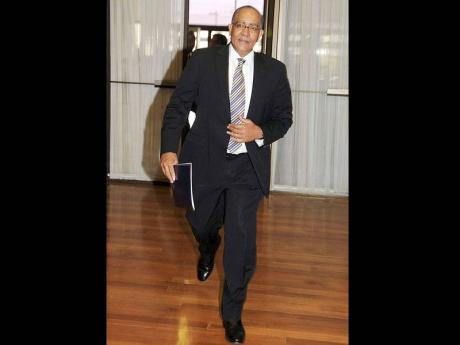 The financial rescue fund crafted by the Bank of Jamaica (BOJ) for liquidity and capital support has been launched initially with US$650 million seeded by the International Monetary Fund (IMF), but will be boosted further by an undisclosed sum after the IMF's board signs off on the negotiated bailout programme.

"We got it Tuesday evening; members would have seen it yesterday, so it's too early to make a comment or determination on the structure," said Jamaica Securities Dealers Association President Gary Peart.

"There is the liquidity component and a capital injection component, but until the final assessment is done, all I can say is that it is good; it is available if needed," he said.

The IMF has already advanced the first tranche of US$650 million (J$61.7 billion) to BOJ for the Financial System Support Fund (FSSF).

Financial institutions can start applying for support immediately on expiration of the National Debt Exchange offer, which closed February 21.

Loans will be short-term for up to six months.

The FSSF is a discrete entity whose proceeds are additional to the US$750 million expected to be loaned to Jamaica under the IMF's Extended Fund Facility.

Government has created a vehicle, the Financial System Support Fund Limited, to facilitate the operation of the FSSF.

In its first set of details released about the structure and operation of the new FSSF - a similar fund of US$950m was created under the first debt exchange, JDX, but was unused - the central bank said the inter-agency policy group, Financial Regulatory Council (FRC) and its technical working group (TWG), will determine which financial institutions need liquidity support post-NDX, the level of financing to deploy, and the schedule of payouts.

Approvals for liquidity support will be done in a day. The FRC has autonomy over this process.

However, for companies in need of capital support, the decision will be the minister of finance's to make on the recommendation of the FRC.

The trade-off, aside from the borrowing costs, is that regulators may step up surveillance of companies seeking capital support where cash flows are weak, or where support from the FSSF exceeds five per cent of deposits or investor funds plus borrowings and accrued interest.

Viable but vulnerable institutions will also in eligible.

"On a limited scale and in particular circumstances, the FSSF may also be used for the capital support of viable entities which become unable to meet regulatory ratios due to impact of the offer," said the BOJ.

The council comprises represen-tatives from the BOJ, regulator of deposit-taking institutions and foreign-exchange markets; the Financial Services Commission, overseer of the pension, insurance and securities sectors; Jamaica Deposit Insurance Corporation; and the Ministry of Finance.

The fund's proceeds are held in an account at the central bank administered by the BOJ.

The current J$860b debt exchange aims to position Jamaica to reduce its debt-to-GDP ratio to 95 per cent by year 2020, which amounts to a reduction of 8.5 per cent per year over seven years. The debt ratio is currently at 140 per cent.

Jamaican institutions and retail bondholders will be giving up estimated future earnings of J$17b annually - which represents savings for the GOJ - from the 1-5 percentage points to be shaved from interest payments, as well as the extension of maturity dates on GOJ domestic debt.

Central bank-regulated deposit-takers hold a combined J$166 billion of GOJ securities, a much higher exposure than the J$147 billion held just before the first debt swap, JDX, at the top of 2010.

Fitch Ratings, which has placed NCB on negative ratings watch, estimates that the banking group's exposure to NDX amounts to 30 per cent of its assets and 1.6 times equity.

To be eligible for FSSF backing, any weakness relating to liquidity or diminished capital must have flowed from participation in the debt exchange. And FIs must have swapped at least 97 per cent of GOJ debt for new NDX bonds.

Both the new NDX notes and other GOJ securities can be pledged as collateral for the loan, but not the Old Notes, BOJ said.

The cost of the loans was not disclosed, but the central bank said it "will at least cover the rate the GOJ will pay to the IMF", that it would be Libor-based for US dollar advances and BOJ CD-based for JMD support.

"The bank reserves the right, in certain specified cases, to vary rates payable on FSSF funds during the life of the advance, including to add a spread. Higher, penalty rates will apply if liquidity advances are not repaid within the agreed repayment period, and further facilities will be declined," said the central bank.

"The TWG will review FSSF rates at least monthly or more frequently as warranted."

BOJ said it will approve applications for liquidity support in one day, while allowing the applicant up to three days to provide all required documentation. The loans will be repo-based, that is, advances will be done via repurchase agreements with the central bank for periods of 30-90 days and in exceptional cases, for six months.

The conditionalities for capital support are more stringent. Applicants, for example, will be asked for a detailed capital restoration plan and the TWG will stress-test the institution prior to approval.